The Druid Next Door by E.J. Russell - Blog Tour with Author Guest Post and Giveaway 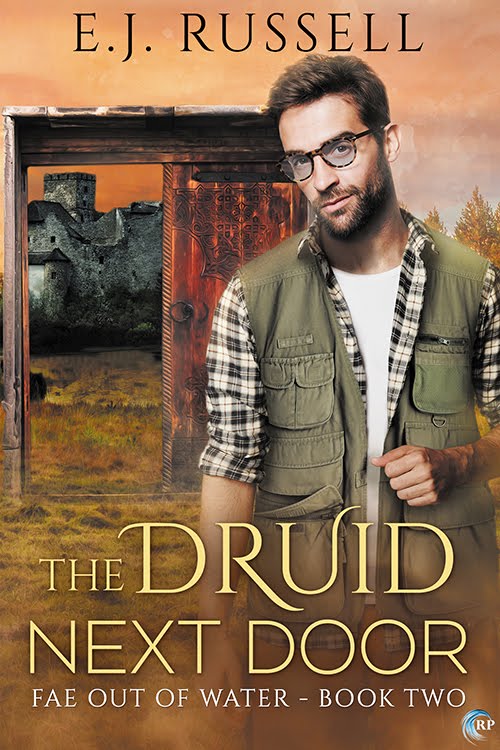 About The Druid Next Door

Professor Bryce MacLeod has devoted his entire life to environmentalism. But how effective can he be in saving the planet when he can’t even get his surly neighbor to separate his recycling?

Former Queen’s Enforcer Mal Kendrick doesn’t think his life could get any worse: he’s been exiled from Faerie with a cursed and useless right hand. When he’s not dodging random fae assassins in the Outer World, he’s going toe-to-toe with his tree-hugging neighbor. And when he discovers that the tree hugger is really a druid, he’s certain the gods have it in for him—after all, there’s always a catch with druids. Then he’s magically shackled to the man and expected to instruct him in Supernatural 101.

Until a mysterious stranger offers a drunken Mal the chance to gain back all he’s lost—for a price. After Mal accepts, he discovers the real catch: an ancient secret that will change his and Bryce’s life forever.

Ah, what the hells. Odds are they won’t survive the week anyway. Check out Fae Out of Water! http://www.riptidepublishing.com/titles/series/fae-out-water

My Curmudgeonly Husband is a home inspector—it’s his job to poke around in houses for the benefit of homebuyers, documenting any issues with the structure or its included fixtures (such as its appliances) that might cause the buyers’ dream home to morph into a money pit. He walks on roofs (not something I care to think about), peers under sinks, investigates dusty attics, and creeps on his hands and knees (or sometimes his belly) through crawlspaces.

Along the way, he takes pictures, tests wooden supports for rot, and searches for evidence of wood-destroying insects (ewww)—so not only does he need to carry various tools along with him, he needs to protect his knees as much as possible.

At one point several years ago, he purchased a photographer’s vest, which came equipped with a lot of convenient pockets to stow all his accouterment. Then—eureka! While shopping at the local uniform supply (frequented by police officers, among others) he discovered tactical wear!

The tactical vest had just as many pockets as the photographer’s vest, plus it fastened more securely so his moisture meter or voltage detector wouldn’t fall out while he was balancing on attic joists or fending off rats in the crawlspace. 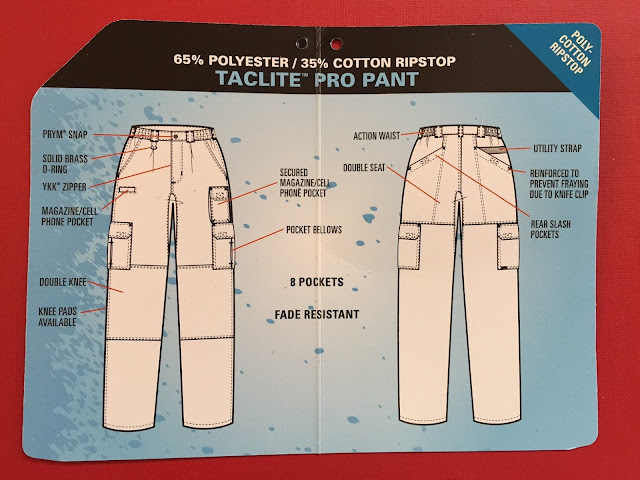 Even better, though, were the tactical pants. Not only did they have a boatload of pockets, but they had removable neoprene kneepads.

When I was outfitting Bryce, my environmentalist in The Druid Next Door, I decided that the tactical vest and pants would be perfect for him as he slogged around in his wetlands—not exactly high fashion, but imminently practical.

When CH showed me his first set of tactical wear, I asked—rather snarkily—if they made tactical underwear. He said yes, but he didn’t need them. I borrowed that interchange and gave it to Bryce and Mal in their first meeting.

CH later sent me an email with a link to a tactical pen—which seemed to be the ballpoint equivalent of sword cane, as designed by Q in the James Bond movies. I won’t include that link here—I made the mistake of following it and got inadvertently added to a survivalist email list.

Not exactly my best tactical decision.

To celebrate the release of all three books in the Fae Out of Water series, one lucky winner across all three tours will receive a GRAND PRIZE of a $50 Riptide credit! Leave a comment with your contact info to enter the contest. Entries close at midnight, Eastern time, on September 23, 2017. Contest is NOT restricted to U.S. entries. Thanks for following the Druid Next Door tour, and don’t forget to leave your contact info!