His need for vengeance can't compete with his hunger for her. 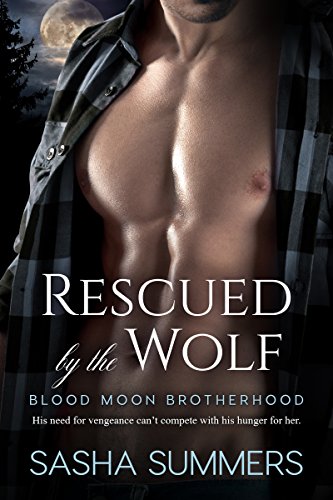 Mal wants one thing in life—vengeance against those that deserted him and those who tortured him. But rescuing a wounded girl from their captors, one that wreaks of innocence and fear, makes Mal put his plan on hold. Temporarily. He’ll do what he needs to keep her alive and safe, even if it changes both of their lives forever.

Being stabbed and held in a dark cell wasn’t on Olivia’s top ten list. Her savior isn’t exactly hero material. Angry, scarred, and pissed at the world, he seems to resent being saddled with her. But the longer they’re together, the more firmly a connection forms between them. A connection that binds her to him, his pack, and his world. But that connection may just lead to her death.

The bear hobbled into the tree line, Mal let him go. Mal ran to Olivia’s side. He circled, sniffing her. The bear had torn into her wounded leg, its teeth leaving an angry open wound. It was a miracle she wasn’t already dead. The wolf howled again and again, unable to bear the thought of losing her.

And dammit, neither could Mal. He whimpered, desperate to save her.

“I give you permission to eat me,” she muttered, blood covering her chest and leg. “If you’ll let me die first, please?” She was serious, he could tell. If he’d been in human form, he’d laugh—then tell her to be strong. But with her wounds, she couldn’t tough this out, and no tourniquet would make this better.
Something hard and jagged settled into his chest. Save her. It was a plea. No, he couldn’t do that to her.
Death was peaceful…

She held her hand out, startled when he pressed his head into her hand. Why did her touch have to ease him? “I don’t want to die,” she said, crying then, covering her face with her hands and sobbing uncontrollably.

He couldn’t leave her alone to deal with this. He shifted quickly, knowing he’d feel it in his muscles and joints later.

“Mal?” Her voice was panicked, her hands dropped from her face. “Run, Mal! You have to run. There’s a wolf. And a bear.”

“Hush,” he argued, inspecting her injuries while fighting for control. Save her. His wolf demanded it.

“Don’t…hush me. I’m dying, I think.” She stared at him, her hazel eyes clear and huge in her pale face. She’d lost so much blood. “You’re a gorgeous man, Mal. I’m glad I got to kiss you before I die.” Her hand rose, trembling, so he took it in his.

“You’re a beautiful woman, Olivia Chase.” He cleared his throat, knowing he should swallow back the words that tried to force their way out. Death was a natural part of life. People died all the time. Sometimes naturally, sometimes not. Olivia Chase was a sweet girl, someone who’d had something horrible happen to her. But that didn’t mean he was supposed to step in and change her fate. He’d promised his pack. He knew how fucked up this life was.

But the words came out anyway. He couldn’t stop them—maybe he didn’t want to. “Let me save you,” he whispered. 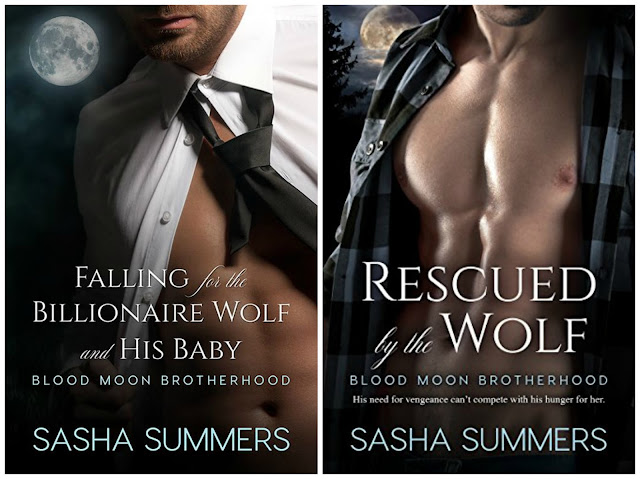 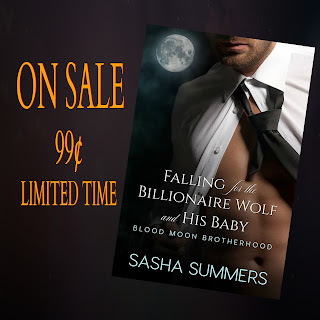 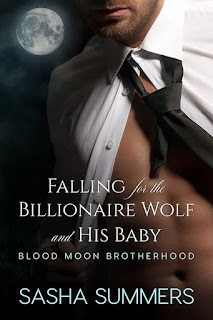 Falling for the Billionaire Wolf and His Baby
(Blood Moon Brotherhood Series, Bk #1) 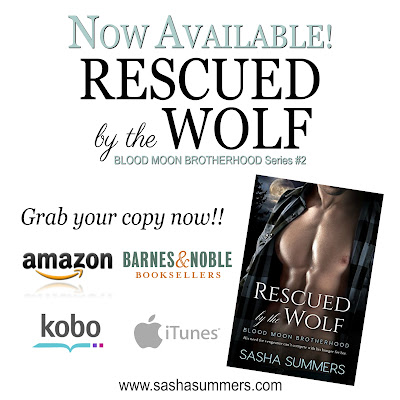 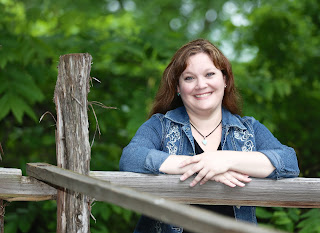 Sasha Summers grew up surrounded by books. Her passions have always been storytelling, romance, and travel. Whether it's an easy-on-the-eyes cowboy or a hero of truly mythic proportions, Sasha falls a little in love with each and every one of her heroes. She frequently gets lost with her characters in the worlds she creates; forgetting everyday tasks like laundry and dishes. Luckily, her four brilliant children and hero-inspiring hubby are super understanding and helpful.

You can connect with Sasha at