Cat or man? Duty or love?
Who prevails after the great cataclysmic shift?


Check out the brand new cover for the 2nd Edition of CATACLYSMIC SHIFT! 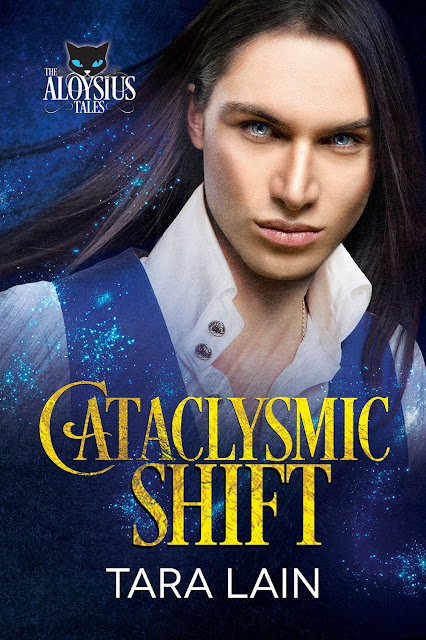 Super cat, Aloysius, may be the most powerful witch’s familiar in the world, but when he takes a blast at the hand of an evil witch he loses it all -- power, memory, and his feline form -- to become the ethereal human beauty, Alain Bellarose. When Alain wakes up naked on the floor surrounded by dogs and cats, his eyes first set upon Luke Elliott, the handsome and mysterious veterinarian. Suddenly, the prospect of being human doesn’t seem so bad.

Luke has a lot to hide and he likes animals way more than people, but he can’t resist the flamboyant boy who washes his face with the side of his hand and tries to lick his own privates! The loss of Aloysius depletes the power of the Witch Master, Killian Barth, and that of his “secret weapon” Sammy and leaves their coven sitting ducks for two very nasty females. When Alain discovers that he’s really a powerful cat, he’s faced with the ultimate choice. To protect his community, or stay with the man he loves.

Quiet. He opened his eyes. Dark. His back hurt. It was sorely cramped in here.

He pushed some towels aside and scooted closer to the door. Quietly, he pulled the lever down and opened the door a crack. Nobody. Good. He pushed it farther and looked into that plastic-and-metal room.

Odd. He recognized all the things in this room—an examining table of some kind, chairs, paper towels—but not what the room was for. He stepped out into the dim glow coming in from a streetlight outside the window.

He padded softly across the room and peered out into a short hall, also dark and quiet. To the left, the hall ended at a door. Light came from under it and a low noise, like maybe music or voices. Someone must be in there. To the right were several more doors. He went right.

Hmmm. Restroom. He opened the door. It was very dark, but his eyes seemed good. He looked in. A mirror on the opposite wall reflected the dim light of the hall and what must be… him. He stepped closer and peered at his reflection.

He closed the door. Until he knew his situation, best not to alert anyone. He ran his hand on the wall and flipped on the switch. Light blazed harshly in the tiny room. Holy gods.

He stared. Huge eyes, bluer than blue, stared back at him, surrounded by hair—long black hair down to his back. He turned and looked. The middle of his back. And pale skin. That was him. Truly?

What had he expected?

Not sure, but not this… boy.

He looked down at his bare body. Boy. Or man, for certain. His eyes widened. And quite a man. Look at those couilles.

But not just man. He cocked his head. Hu-man.

Now why was that strange?

He shook his head. This was so peculiar. He wasn’t afraid, exactly, but he didn’t feel at home in this skin. He shivered. There were important things he was forgetting, and he must remember them. He took a deep breath. Lives might depend on it.

He flipped off the light. The dark felt more comfortable. What should he do? That was the frightening part. He didn’t know. Not an idea where he should go, and yet he felt certain he had a purpose he must fulfill.

There was a person out there. Should he go speak to them? He peeked down at his lean body. Probably not like this. Humans were strange about nudity and such things. Wait. He was human, wasn’t he? This was very confusing. 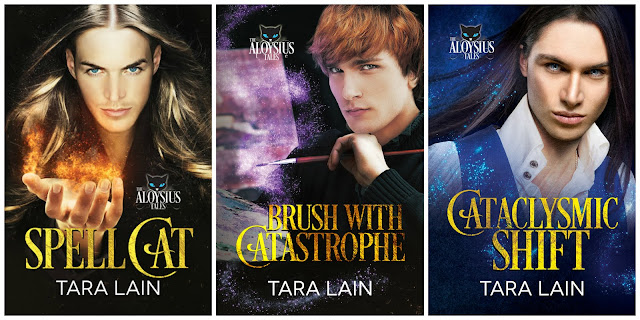 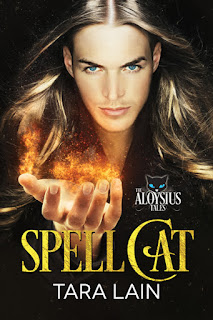 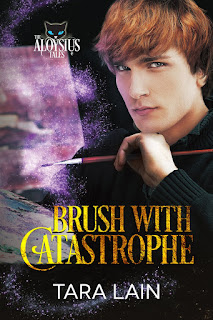 Grab the first two books in the series and get all caught up before the release of Cataclysmic Shift!