The Glamour Thieves by Don Allmon - Blog Tour with Giveaway 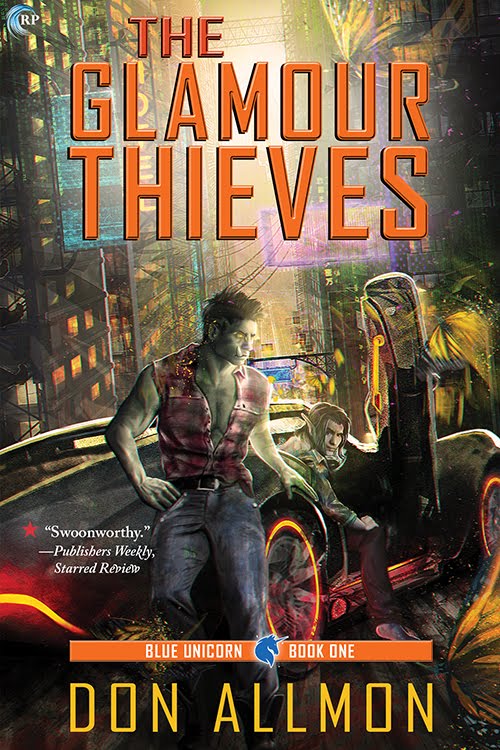 Howdy y'all. I'm Don Allmon and I got a debut book name of The Glamour Thieves. It’s the first of a three book series called The Blue Unicorn. It's a grim kind of fantasy, a cybernetic near-dystopia, a rough-edged romance with few promises except for the ones that matter. Ain't nothin' worth earnin' that wasn't hard won. Join in on the comments and win yourself some loot.

About The Glamour Thieves

To celebrate the release of The Glamour Thieves, one lucky winner will receive a $20 Riptide gift card! Leave a comment with your contact info to enter the contest. Entries close at midnight, Eastern time, on September 2, 2017. Contest is NOT restricted to U.S. entries. Thanks for following the tour, and don’t forget to leave your contact info!