A Taste of Agapi by Chris Ethan - Release Blitz with Giveaway 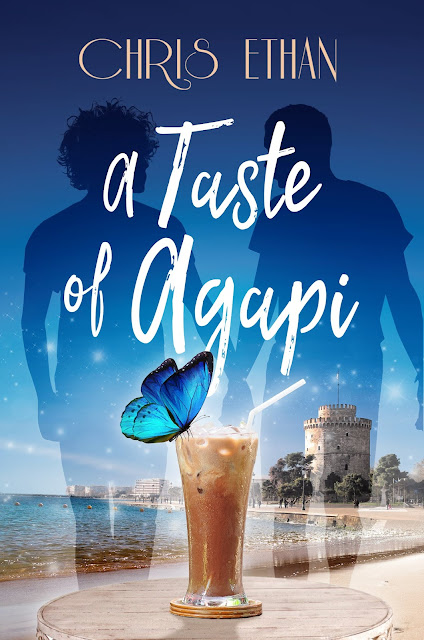 Jimmy has a secret.

But when he meets Ren, he can no longer hide it.

Ren is an adventurous comic-book nerd.
He transfers to Thessaloniki, Greece in an attempt to find his place in the world.
What he gets is more than just an escape from his academic family.

Jimmy is a hard working man.
After losing his mother, he has put his heart and soul into finishing his studies and helping his dad through his financial difficulties.
When he is introduced to Ren, Jimmy initiates him into the coffee-and-chill culture of his Greek city.

But something awakens in both of them.

Something neither can tame.

Can the two boys be more than just friends?

And what is that feeling called? That feeling they can’t seem to shake off?

Chris Ethan is a book whore. He enjoys selling his feelings for money and other pleasures and is blatantly unashamed to do so for as long as he breathes. Chris Ethan is also a persona for Rhys Ethan, author of fantasy and sci-fi. He uses Chris Ethan to share stories of adult queer romance with those who need it. Before you delve into his books however, be warned. He likes putting his characters through shitstorms and hates anything conventional. But then there's that darned happy-ever-after. Also, he likes swearing. Deal with it!