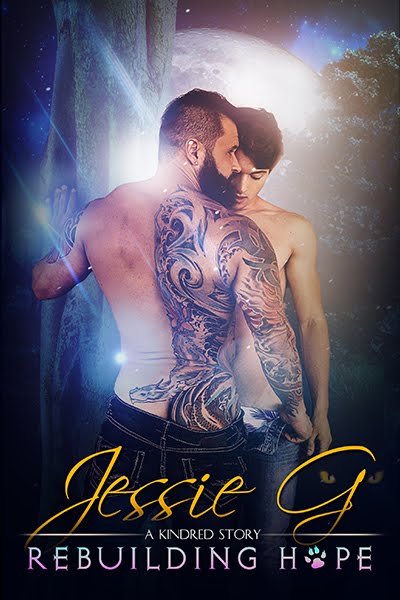 Holden Bancroft was born with a better than average brain and not much else. Often described as strange and sickly, his attempts to conform only made him look foolish and a life-long diet of pills hasn’t provided a cure. Deciding to strengthen the only tool in his arsenal was liberating and learning became his greatest joy. But each episode is another reminder that his time is limited, and Holden intends to use everything he’s learned to help the small town of Hope before he dies.
Alpha Crowley Lomond, Zenith of the Americas, isn’t exactly happy with his ascension. Leading isn’t the problem, it’s acting like he’s somehow better than every other shifter that chafes. But while living and working beside them may seem noble, Crowley is more than just an alpha. As Zenith, he’s their example, their teacher and guide, and the one they will turn to when their way of life is threatened.
Meeting changes them in ways they never could have predicted and unveils a web of deceit that began long before they were born. Together, they will have to unravel the lies and reconcile the consequences if they are to protect the shifter way of life. Along the way, Crowley will become the Zenith his Kindred was born to love and their enemies will learn that there's nothing more dangerous than fated mates.

Confident that his steward would keep everyone else in check, Crowley broke rank and crossed to where Holden was still frozen in fear. Aware of their stunned audience, he curled a hand around the back of Holden’s neck and thought he could hear the shiver of relief that went through that wound-up body. It wasn’t enough, and Crowley pulled Holden in until he was completely wrapped around the smaller man, shielding him from prying eyes.
A shaky hand grasped at his beard, the tug familiar and right, then Holden burrowed in and let out a soft sob. “You’re Zenith Lomond, aren’t you?”
Most of the time, Crowley wasn’t comfortable with the reverence that title brought or thought himself deserving. Still, he did his best and never thought to deny his role. Until now, when he wasn’t sure how Holden would react. “That’s what they tell me.”
Braced for the worst, he didn’t know what to do when Holden began to laugh. The sound was a little desperate and watery, but it was very definitely amused. Confused, he pulled on a curl until Holden gave up hiding and showed his tear-stained face.
“Abigail’s going to be so jealous.”
On every level, Holden was not what he was expecting, and Crowley found himself intrigued all over again.

Like many readers, I've dreamed of being a writer most of my life. Thanks to social media, I was able to follow my favorite authors and hoped to glean some words of wisdom as I pounded out half-formed ideas with alarming regularity. It isn’t always easy, but it’s definitely been worth it and with four series in the works and a full schedule of releases planned for the next two years, it's been amazing to have made this dream my reality. I am a firm believer in marriage equality, love at first sight, power dynamics, and happily ever after. I'm a lover of strong secondary characters and series filled with families—biological or chosen. All are themes you'll find throughout my books.
Contact Links:
Website: http://www.jessiegbooks.com
Email: jessie@jessiegbooks.com
Newsletter: http://eepurl.com/bhuja1
Social Links:
Facebook:  https://www.facebook.com/JessieGBooks
Google +: google.com/+Jessiegbooksmm Instagram: https://instagram.com/jessiegbooks
Pinterest:  http://www.pinterest.com/jessiegbooks/
Tumblr (NSFW 18+):  http://jessiegbooks.tumblr.com/
Twitter:  https://twitter.com/JessieGBooks
Website: http://www.jessiegbooks.com
Author Pages:
Amazon: http://www.amazon.com/author/jessieg
Goodreads: https://www.goodreads.com/jessiegbooks