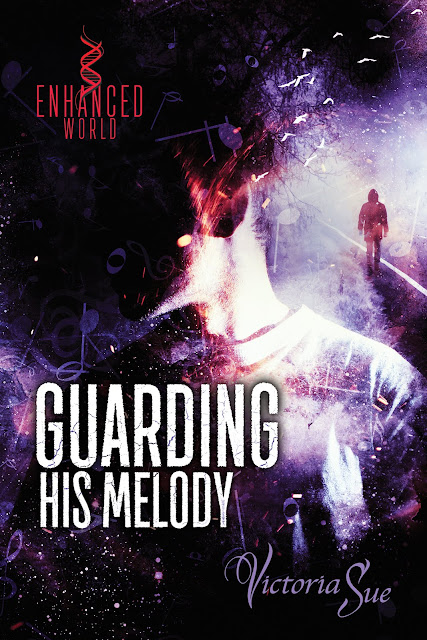 About Guarding His Melody:


A standalone in the Enhanced World

Deaf since childhood, Sebastian Armitage had a promising musical future until his dreams were shattered when he transformed at twelve years old. In a world where enhanced humans are terrorized and imprisoned, his life shrinks around him even more as he suffers the torment of his father’s experimental research to enable him to hear.

Gray Darling—struggling with the scars left by his experience in Afghanistan—agrees to provide short-term personal protection when anonymous threats escalate into assault on those closest to Seb.

As the lines between protection and attraction blur, Gray and Seb can’t ignore the intense feelings drawing them together. But secrets and betrayals might prove deadly, unless Gray is willing to risk it all. And Seb must find the strength to make his own future and sing his own song

Victoria Sue fell in love with love stories as a child when she would hide away with her mom’s library books and dream of the dashing hero coming to rescue her from math homework. She never mastered math but never stopped loving her heroes and decided to give them the happy ever afters they fight so hard for.

She loves reading and writing about gorgeous boys loving each other the best—and creating a family for them to adore. Thrilled to hear from her readers, she can be found most days lurking on Facebook where she doesn’t need factor 1000 sun-cream to hide her freckles.