Italy’s Amalfi Coast, overlooking the sparkling Mediterranean Sea, is the dream location for the perfect wedding, and billionaire Calvin Croft is determined to pull out all the stops to make his marriage to Matt Darcy a day that nobody will forget.
But before Matt and Cal can walk down the aisle and say ‘I do’, someone uninvited turns up out of the blue… and turns Cal’s life completely upside-down.
Will Matt ever get to marry the man of his dreams? Will Cal be able to come to terms with his past and get on with his future? Or will an unwelcome guest put their romance on the rocks forever?
You’re invited to the wedding of the year as Matt, Cal, Mrs. Mulroney, Mr. Banks, Tilly and Angus return for more hilarious antics, swooning romance and a surprise that none of them will see coming!

** Sequel to The Billionaire's Boyfriend 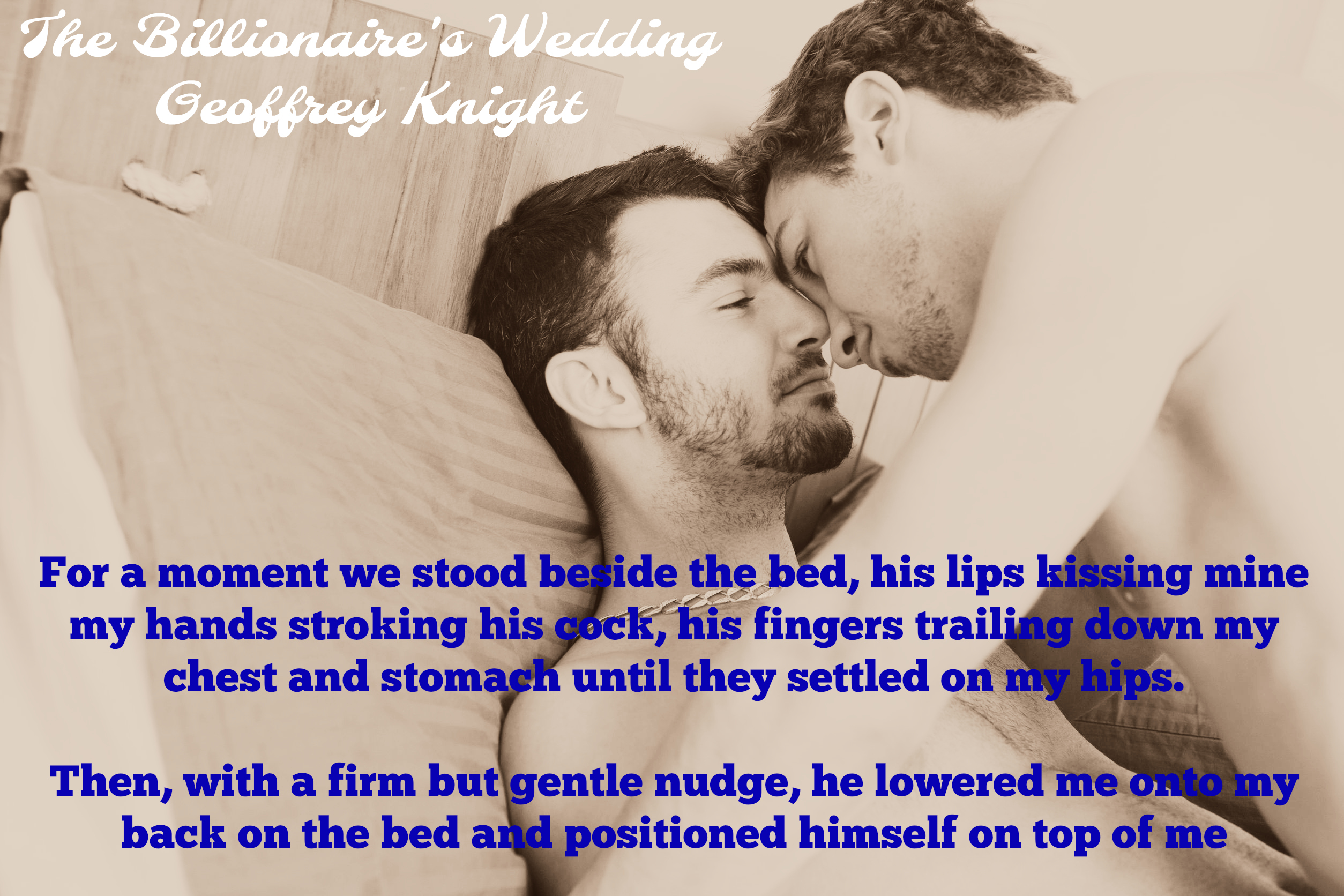 From the balcony of our suite I watched the reflection of the stars twinkle on the water and the lights atop the fishing boat masts bob and sway like fireflies in the night. I stood for a long, lingering moment staring at the view while the warm sea breeze played with the hem of the hotel bathrobe I was wearing.

I could hear the shower running from inside the suite and I imagined Cal standing beneath the running water, sparkling rivulets trickling down his perfect body.

I turned from the view to face our palatial suite with its four-pillar king-sized bed, antique marble writing desk, crystal chandelier and the lavish eighteenth-century Italian sofas with satin trim. On an ornate coffee table between the sofas sat a tray containing the remains of the most delicious cheese platter I’d ever eaten. Leftover figs, crumbling, aged cheddar and gooey gorgonzola lay among the scattered ruskits and biscotti I wastoo full to finish.

In that moment there was no denying I was truly, utterly content.

Sure, there had been other times in my life when I could remember being happy, but not like this.

I was standing on a balcony overlooking the Mediterranean, full to the brim with fine wine and cheese, listening to the shower run and knowing at any moment it would stop and the love of my life—the man I was about to marry—would step out of the bathroom wearing a hotel robe… or perhaps just a towel… or perhaps nothing at all, before crossing the room and kissing me on the lips.

If this was a dream, I would have done anything to never wake up from it.

My heart fluttered with anticipation.

I saw Cal’s shadow moving about the bathroom.

And then he appeared in the doorway.

Yes, he was naked.

On his head he had a towel wrapped around his hair like a woman from a 1950s beauty salon.

On his feet he paraded two ridiculously fluffy white slippers that looked like stuffed rabbits, compliments of the hotel.

“What do you think?” he said with a grin, gesturing at the slippers as he stood there completely naked between his forehead and his ankles.

I had to smile.

Then I had to laugh.

“You know something. Even when you strive to be imperfect, you do it perfectly.”

“I don’t even know what that sentence means.”

“I’m not entirely sure I do, either.”

“Then why don’t you stop being a writer and start making your way over to the bed, my future Signor Croft-Darcy.”

“That’s future Signor Darcy-Croft to you, thank you very much. We’ve had this chat.”

“Just so long as our names are side-by-side that’s all I care about. I want the world to know you’re mine.” He kicked off the slippers and pulled off the head towel and strutted confidently over to me, standing before me on the balcony naked and unafraid who might see.

“Aren’t you worried the paparazzi might be watching through a telescopic lens?"

He pretended to be offended once again. “What are you saying? That someone needs a telescopic lens to see my cock?”

“Good Lord, no,” I grinned, reaching down for his flaccid dick before I began stroking it. “Although right now it’s seems to be a little short of its full potential.”

“That can be rectified,” Cal said, taking hold of the fluffy cords on my robe and pulling me back into the suite toward the bed.

Geoffrey Knight is the author of more than 30 gay fiction novels, novellas and short stories, ranging in genre from gay adventure, gay romance, gay suspense and gay comedies. He is the recipient of two Rainbow Awards including Best Mystery Winner and Best Overall Gay Fiction Runner-up. His work has been featured in several anthologies including Best Gay Erotica 2013, and he appeared as Guest of Honor at the inaugural Rainbow Con in Florida, 2014.

Geoffrey has worked in advertising, politics and journalism, but nothing is as fun as telling stories. He lives with his partner, their baby daughter, two dogs and two cats in a rambling old house in North Queensland, Australia, where the paint is fraying and life is good.