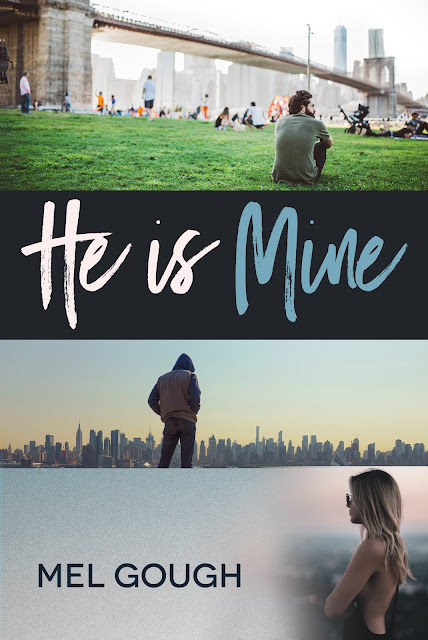 Book Title: He is Mine

For you, it was just a fling. For me, so much more…

NYPD detective Brad Moretti’s life is in tatters. A relationship destroyed by his boyfriend’s bipolar disorder has left him feeling guilty, inadequate and emotionally scarred.

Vivienne Aubert seems to have it all – a Hollywood career, supermodel looks, and a director husband about to make it big. And yet, a one-night-stand with rising superstar Damien Thomas makes Viv wonder if she hasn’t settled for second-best. Used to getting her way, she embarks on a ruthless quest to make Damien hers.

Unaware of Viv’s fatal attraction, Damien returns to New York, where a chance encounter with Brad sparks a prompt and rapidly growing affinity between the two men – which Viv is determined to terminate.

Can Brad head off her delusional desires before she destroys his newfound happiness, or will he fail to protect yet another lover?

or read it here:

Brad stretches and rubs his eyes. He squints up at the ceiling; the first rays of morning light just start to creep along the plaster above his head. He sighs. This is his weekend off; his next shift isn’t until Monday. But he’s an early riser by design more than by desire. As if the day can’t start without you, Aiden used to mock him.

Aiden. Like every morning these last two weeks, Brad stretches his arm across the mattress, finding the sheets cold and undisturbed. He can see the empty pillow from the corner of his eye without moving his head. An equally empty spot in his heart aches in response.

Nothing has changed in the last eight hours. It still hurts. That fact established, Brad rolls out of bed. As he pads into the bathroom, he thinks about his very short To Do list for the day. A couple of phone calls to return, gym, then lunch. He promised to meet Maria, his friend since his high school days in Baltimore, at their favorite sushi place. While he pees, Brad contemplates whether to cancel that date. But he’s made excuses to Maria for two weeks; unless he meets her soon of his own free will she’ll send a search party. Going to Hibino will be less painful than another week of ignoring her texts and calls.

Brad steps over to the sink to brush his teeth. He hates to drink coffee before his mouth is clean, so he always makes time for two rounds with the electric toothbrush. Aiden used to roll his eyes at what he considers a waste of toothpaste.

As he moves the oscillating bristles from one side to the other, Brad studies his face in the mirror. His spirits plummet. Even after a good night’s sleep there are dark circles under his chronic fatigue-dulled brown eyes, and his skin is sallow. Ever since Aiden walked out on him, each good night’s sleep is followed by two or three with hardly any. And it’s no use kidding himself. The last few weeks, he feels much older than thirty-seven, and the lack of sleep shows.

Not that his face would ever have won a beauty contest. His jaw is too square, and his brows are too full. Combined with the crooked nose, broken in a bar brawl during his first year on the beat in Baltimore and never properly set, he looks like the worst cliché of an Italian gangster. On better days, he tries to cultivate the image of sophisticated athlete, but lately that doesn’t even convince him.

Grimacing at his reflection, Brad spits out the toothpaste and rinses his mouth. With wet hands, he brushes over his short dark hair to flatten it into a semblance of order. On his way back into the bedroom he grimaces again.

What he sees hanging over the bed is another reminder of Aiden, the biggest and most obnoxious of them all. The huge canvas was a sore spot between them from the moment Aiden bought it from his friend three years ago. “Kyle’s the next Jackson Pollock,” he’d enthused, his eyes bright with what Brad hadn’t yet clocked as maniacal exuberance. “In five years, this will be worth a fortune!”

All Brad has ever seen there on his wall is ten feet by five feet of blotches and untidy scrawls. He just doesn’t get it. As he leaves the bedroom and descends the stairs, he makes up his mind. That wannabe Picasso needs to go.

Over coffee, Brad’s mood improves. Out of the kitchen window it looks to be a brilliant, warm day, much nicer than they have any right to expect in mid-March. Sipping his strong, black coffee, Brad decides he will meet Maria. She’s his closest friend, and she deserves to hear his sorry tale, as much as he can bring himself to share. She’s a good listener, even if she has a way of twisting his arm into revealing much more than he intends.

He also decides not to skip breakfast, which has become another bad habit. If he doesn’t eat something now he’ll be ravenous and irritable long before lunchtime. His mood swings are bad enough.

After a bowl of fruit, cereal, and yogurt, Brad gets dressed in his workout clothes. The gym is a five-minute walk from his brownstone on Garfield Place he’d never be able to afford on his salary. When his batty Aunt Hedda died six years ago, Brad inherited her house and a small life insurance settlement, enough to foot the renovations and ensure he’ll get a more comfortable retirement than a career with the NYPD can provide.

After a strenuous workout at the gym, he would usually exchange a few words with the other regulars in the locker room while getting dressed, but ever since Aiden left, words don’t come so easily. And Brad needs to conserve the ones he does have for Maria, who won’t let him off the hook until she has as much detail about the breakup as possible.

Back home, Brad sends a few texts to friends who have left frantic and worried messages these last two weeks, apologizing and promising to call soon. He returns a call to his dentist, who wants to reschedule an appointment, puts in a load of laundry, and straightens up a bit before acknowledging that he’s all out of excuses for putting off one more call. Standing in the kitchen, he dials Aiden’s number from memory.

Brad expects the call to go to voicemail, but to his surprise Aiden picks up on the fourth ring.

“Brad.” Even on the one word, Brad can hear the coldness.

A flustered silence follows. Brad hasn’t prepared for anything other than leaving a brief voicemail message. He casts around for some niceties. “Hey, uh… hi, Aiden. You okay?”

“Since when do you care?”

“’Course I do…” Brad’s legs feel shaky. He hadn’t expected Aiden to be so hostile. He pushes himself away from the kitchen counter and goes into the living room, where he drops onto the sofa.

“What do you want?” Aiden asks. The man Brad met five years ago, who could easily fill their whole day with chitchat, is gone. Brad should’ve realized it, but it still hurts. And he deserves Aiden’s hatred.

“I, err…” Brad clears his throat. “That painting in the bedroom… I was wondering…”

“You want to be rid of it.” Aiden knows him well. Brad can hear his breathing get heavy and fast, and his heart aches. He’s hurt Aiden yet again.

Maybe he can take it back. But before Brad can backpedal, Aiden speaks again. “No problem. You home tonight?”

“Yeah.” The thought of seeing Aiden gives Brad a knot of dread in the pit of his stomach.

“I’ll have someone pick it up then. Six okay?”

Aiden’s voice is emotionless. Brad’s stomach drops. Aiden won’t come himself. He can’t decide if that’s worse than seeing him.

Being excluded from Aiden’s hurt is new, and it stings. They know each other’s emotional life intimately, and Aiden’s refusal to show his anger and pain shakes Brad. It hits home: There’s really no way back.

“Was there something else?” Aiden sounds impatient. He wants this conversation to end. Brad rubs his face.

“Bye,” Brad says, but the line is dead before he gets the word out. He drops the phone into his lap. What did he expect? Aiden never wants to see him again, and Brad can’t blame him. But it hurts. Unbidden, the last words he said to Aiden’s face return for him to dwell on once again. You destroyed us, and I don’t have the energy to put us back together again. Not anymore.

He rubs his face and gives himself a shake. Then he looks around the room. It’s not just the painting; Aiden is still everywhere in the house. The green wall paint, the strange, antique-shop floor lamps, the sofa cushions — all were chosen by Aiden and paid for by Brad. He’ll have to at least get rid of the lamps and the cushions.

With a sigh, Brad gets up to change for his lunch date. Maybe Maria will agree to help him redecorate the house. 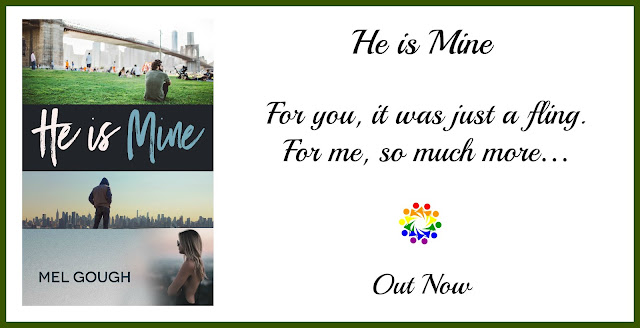 Mel was born in Germany, where she spent the first twenty-six years of her life (with a one-year stint in Los Angeles). She has always been fascinated by cultures and human interaction, and got a Masters in Social Anthropology. After finishing university she moved to London, where she has now lived for ten years.

If you were to ask her parents what Mel enjoyed the most since the age of six, they would undoubtedly say “Reading!” She would take fifteen books on a three-week beach holiday, and then read all her mom’s books once she’d devoured her own midway through week two.

Back home in her mom’s attic there’s a box full of journals with stories Mel wrote when she was in her early teens. None of the stories are finished, or any good. She has told herself bedtime stories as far back as she can remember.

In her day job, Mel works as PA and office manager. No other city is quite like London, and Mel loves her city. The hustle and bustle still amaze and thrill her even after all these years. When not reading, writing or going to the theater, Mel spends her time with her long-time boyfriend, discussing science or poking fun at each other.

Enter the Rafflecopter Giveaway for a chance to win:

1x He is Mine ebook