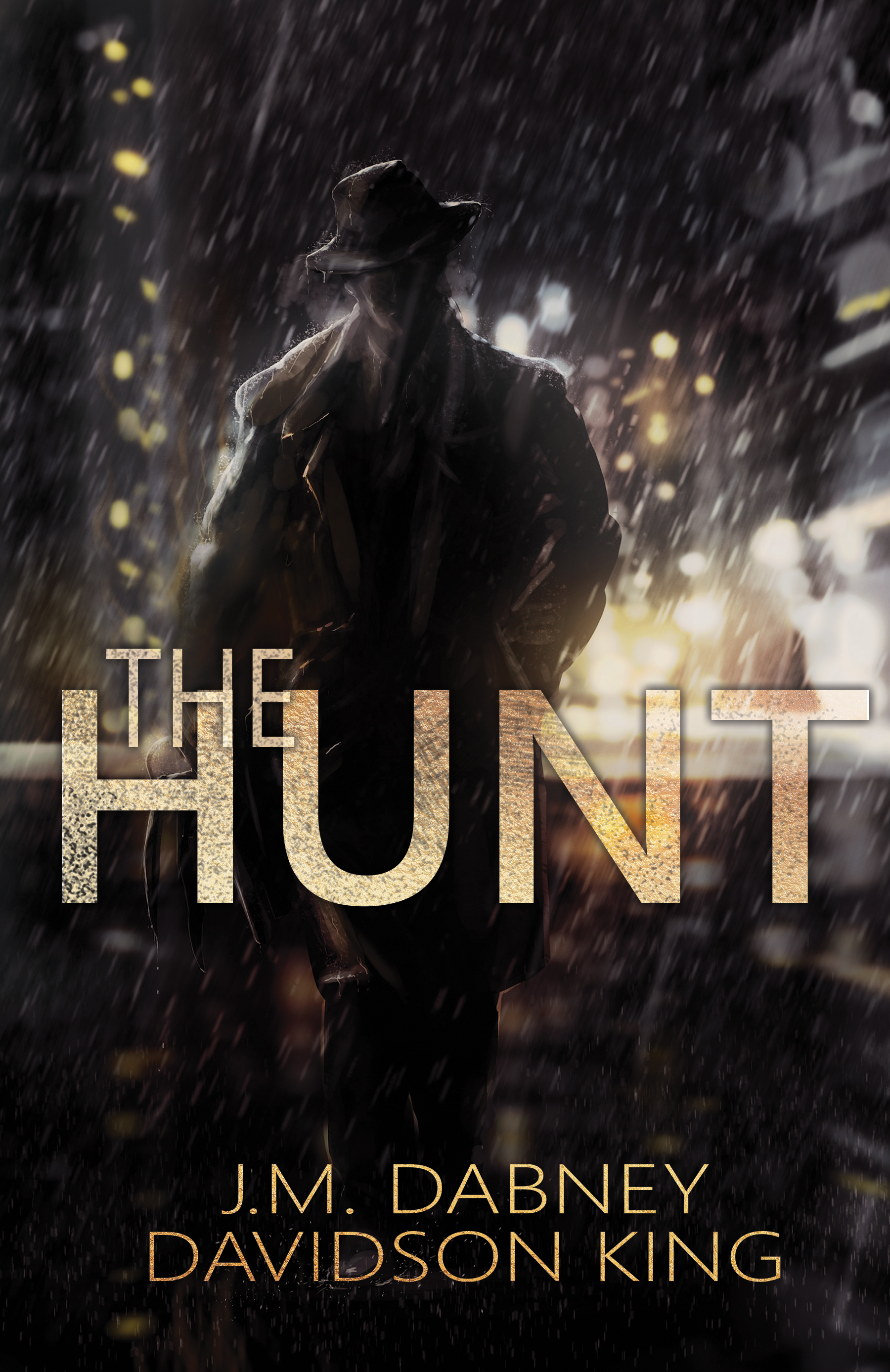 Disgraced detective turned private investigator, Ray Clancy, left the force with a case unsolved. Finding the killer was no longer his problem, but it still haunted him. How long would he survive the frustration of not knowing before he gave into the compulsion of his nature to solve the crime?

Server, Andrew Shay, existed where he didn’t feel he belonged, living behind the guise of a costume. Yet it paid the bills, and he refused to complain about the little things in life. One night he returned home from work to find his roommate dead and the killer still there. Afraid and alone, his life spiraled and he didn’t know what to do. Could a detective at his core and a scared young man join forces to bring down the killer in their midst? 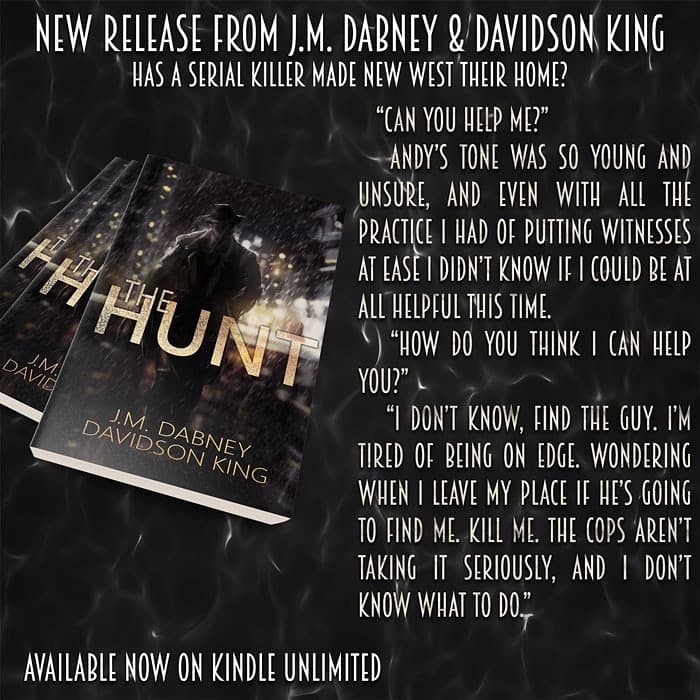 Rudy had given me a strange look when I’d walked in a few minutes earlier and didn’t take my usual spot at the counter. I was still mentally processing the call I’d received from one Andy Shay. I’d done a quick search for him and found several social media profiles from different Mr. Shays, but didn’t take the time to do a more thorough investigation.

When he’d stated he’d witnessed a murder, I’d resigned myself to dealing with another crazy person, but then after Andy had explained, my tired brain had quickly put the pieces together.

Andy sounded young and justifiably scared. His voice was soft with slightly husky notes. I didn’t know why out of everything the kid’s voice is what I remembered most.

I raised my mug to my mouth and downed half of it, hoping the caffeine would wake me up. I should’ve slept. I’d spent most of the morning researching and hadn’t come up with one mention of similar crimes. Even if there was only one detail the same, I’d grasped at hope, only to be disappointed when the suspect was dead or imprisoned. I don’t know how I felt about that, but I didn’t have time to think too much about it.

I curved my hands around the mug and stared into the dark liquid. The bell going off over the door had me lifting my head. A thin man walked in with clothes that hung on his frame. As soon as I’d looked up our eyes met. There was no doubt in my mind that he was the one I was waiting for, and I slid out of the booth. I sensed the young man’s fear, so I patiently stayed still as he prepared to approach me.

Andy’s first few steps were cautious, as if he hadn’t made up his mind on whether I was an ally or foe. I knew that expression, I’d lost count of how many times I’d seen it over the years. Two decades of dealing with terrified and reluctant witnesses prepared me for anything.

I was slightly taken aback by the sound of that voice in person and blamed it on my lack of sleep. The kid was young, maybe mid-twenties.

“Call me, Ray. Please, take a seat.” I motioned at the bench and waited for him to slide into it. “Coffee?”

“Rudy, refill for me and another for my friend here.” Rudy smirked at me from behind the counter, and I knew what he was thinking. That was the farthest thing from the truth. I was impatient to find out what happened the other night, but I waited for Rudy to approach with the coffeepot and an extra mug.

“Does your date need a menu, or are you planning on being cheap, Clancy?”

The words must have come out harsher than I’d thought because I caught the kid flinching in my peripheral. Skittish. I was going to have to temper my normally gruff nature.

“Cranky,” Rudy muttered, and I waited for him to drop off the menu, then return to the opposite side of the counter.

I watched in horror at the amount of sugar the kid doctored his coffee with and tried to hide my disgust behind my own mug of straight, black coffee. The way coffee was meant to be drank. Andy’s hands shook, and if I hadn’t paid closer attention, I would’ve missed that. I warred with the decision to let Andy take the lead and start the conversation or broach the subject myself.

“I researched the case. A crime reporter, I can’t remember his name right now, well, he did some stories and your name was mentioned. Your name came up in several articles.”

Those four simple words still stung my pride. I should be on the case. Who’s to say that I wouldn’t have caught the guy sometime in the last six months.

Tell us a little bit about yourself and what you're currently working on.
Davidson: I'm married and a mom of 3 living in Connecticut. When I’m not writing I run a promotional and review blog called Diverse Reader. I am currently working on my fourth book in my Haven Hart Universe Series, From These Ashes.
J.M.: I’m a writer of Body Positive/Diverse stories. I approach stories with an Every Body is Worthy philosophy and I can’t be happy with a book I write unless I know I can show readers themselves in every aspect. As for what I’m working on, I have several projects including book 3 in the Trenton Security Series which is about Gage. There’s also Killing him Softly which is a Demisexual Body Positive MF story. Yet my main focus is on a October story called Clipping the Gargoyle’s Wings.

What started you on your writing journey?
Davidson: I always wrote and wrote fanfiction for a few years but I ended up stopping due to a toxic environment. The LGBT community embraced me and I started a promotional and review blog and it was while doing this the itch to write became too much and I began again.
J.M.: When I was 13 I came across Burroughs’ Naked Lunch. It’s was such a messed up book, but even though I’d always wanted to be a writer since I was probably eight. It wasn’t until I read Naked Lunch that it clicked in my brain that I wanted to be a writer. His style wouldn’t fly today. His individuality and the way he wrote what he wanted shaped my attitude about how I would write my books.

Is there a genre you haven't written in but want to? What genre would that be?
Davidson: I want to write a ménage but haven’t yet. I am working up to it though lol
J.M.: I have WIPs in every genre there is from contemporary to Sci-fi. Although, I do want to take on the challenge of writing a YA story at some point. With the body positive/diverse message in my books I think it’s something important for teenagers to see. I just haven’t made myself attempt it yet.

When you're working on a WIP do you work with an outline or does the story drive itself as you create it? Does it change from book to book?
Davidson: I write a loose outline. I don’t tie my characters into anything I like to leave enough room for creativity. However, I always know the end game.
J.M.: Unless I’m working on a book that requires a bit of world building, I let the story do what it wants. If I try to force my characters into outlines the pace of the story hits a brick wall and I get blocked. That being said, even with world building I avoid outlines.

Which of your couples or characters are your favorite and why?
Davidson: Snow will always hold a special place in my heart since he’s the one that got me out in the world but if I’m being honest, Quill and Black the ones I’m writing now are the best couple I’ve written.
J.M.: Harper from Ghost will always be special to me. She was an amazing and layered character. I don’t think I’ll ever top the pride I felt in giving her the HEA she deserved.

What one story of yours would you want to revisit for an update on the characters and their lives?
Davidson: Well, I want to go back to New West where Ray and Andy are and give other characters there a story too.
J.M.: Like Davidson, I’d love to visit New West and see what other stories we can come up with.