Can a man’s secret yearnings be revealed in a tank full of fish? 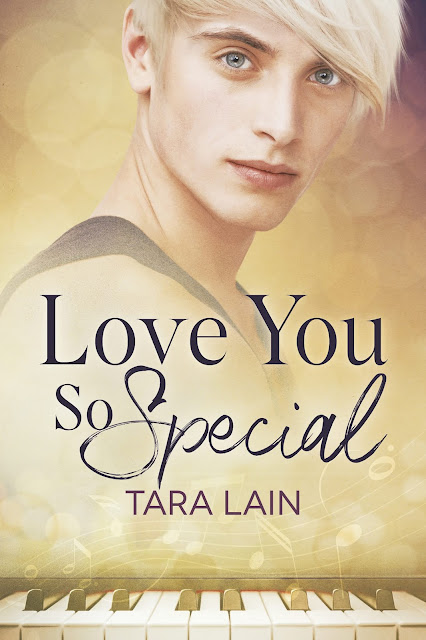 Artie Haynes knows he’s nothing special, with just-your-regular-brown hair, a solid plumber’s job, not much education, and a family that can barely get off the couch. But Artie has quirks—like his love of tropical fish, a landlord who’s a professor of existentialism, a passion for the amazing piano music he hears at a concert hall while he’s fixing the bathrooms—and the fact that he’s never come out as gay and probably never will. But when he’s hired to build a guesthouse for the pianist whose music enchanted him, Artie is swept up into an unimaginable world.

Francois Desmarais may be famous, rich, and revered as one of the world’s great classical composers and pianists, but he’s soothed and challenged by the inquisitive, stalwart, protective man in his back yard. When Francois’s terrible fear of crowds turns into a dangerous plot, Artie can stay in the closet or prove just how special he is.

Francois pointed to a door farther down the hall, and Artie strode there feeling the heat of Madame’s stare between his shoulder blades. He opened the door for Francois, and they both stepped into the subdued lighting of the offstage area. The sounds of voices and feet moving around filtered through the heavy curtain that separated the stage from the audience as people moved back to their seats after the intermission. A huge black piano stood in the middle of the stage.
Artie totally got why this was scary. Giant numbers of eyes would be staring up at Francois as he tried to play, some of them admiring, some bored, maybe even some pissed-off. Francois said everyone knew he was gay. What if somebody in that mass of people hated gay men? Shit, what if they decided to make some statement?
Francois’s whole body trembled. Artie tightened his hand on that tense arm.
Shit, take a breath. Stop freaking yourself out. Remember why you’re here. “Have you ever considered asking for a white piano?”
Francois frowned. “What?”
“You know, like shiny white? We could get you a sequined suit.”
His expression went from outraged to amused. “Uh, you were thinking I should play ‘Pinball Wizard’?”
“Nah. ‘Bennie and the Jets.’”
His teeth were now showing. “I’ve got it. ‘The Bitch is Back.’”
Artie laughed. “There you go. That’s my boy. Give ’em hell.”
His smile faded, but he didn’t look scared. “I like being your boy.” He leaned forward, pecked Artie on the lips, then grinned. “That was for luck.” Chuckling, he turned and strode onto the big bare stage just as the curtains slid apart and the place burst into an ocean of yells, applause, and enthusiasm.
Francois never faced the audience or bowed. Maybe people wondered why he walked in from the back of the piano and crossed around to the keyboard, but he didn’t look awkward. He just slid onto the piano bench, looked up at Artie—and winked.
Before Artie even stopped vibrating, music poured from the piano, and Artie didn’t care if he never thought again. All he wanted to do was feel. He thrust out a hand until he felt a wall, staggered toward it, and leaned. Hold me up. The music flowed through him like a shot of bourbon with a beer chaser and a mouthful of Francois’s champagne. Wow, what would it be like to be able to create that? Francois’s brain must be full of music all the time.
The piano looped and soared, raising Artie’s heart into his throat, then dropping it to his belly. Francois’s eyes were mostly closed, but every now and then he’d open them and gaze at Artie. Then a hint of a smile would turn his lips as his eyelids drifted shut again.
No one but Francois could sound like that. He was sure of that. Artie might not be an expert, but he’d listened to a lot of other piano players on YouTube since he’d started working for Madame, and to his mind, Francois was the best.
He slowly let his breath slide out between his lips and lolled his head against the wall. Man, I’d settle for just hearing that music every day forever.
His head snapped up. Holy shit, do I really feel that way? He stared hard at Francois’s spectacular face framed by the impossible-to-control pale blond hair like a wacky halo. The guy was weird, temperamental, and about as obviously gay as anybody since Elton John. Just showing up somewhere with him could blow Artie’s whole fucking cover. But looking at that face made his cock do some kind of happy dance, just when he’d been thinking he wasn’t much of a dancer.
Maybe I’ve got to break down and tell him I’m gay.
Like he’d heard Artie’s thoughts, Francois’s eyes opened. For a moment he looked dreamy; then he cocked his head and broke out in the one full-wattage smile he’d shown the whole night.
Artie fell back a step as if he’d been hit with a laser beam, and his perfectly tailored trousers felt like his too-tight jeans.
The music built and soared. Francois’s stare barely left Artie’s face, and Artie wanted to run across the stage, slide over the piano, and kiss Francois—among other things. As Francois crashed to the end, he might have puckered his lips at Artie—or maybe Artie imagined it.
Their eyes clung as the audience went apeshit. Whereas they’d been enthusiastic when he walked in, clapping and cheering loudly, this time they practically rose to NFL proportions, cheering along with the applause.
Then the miracle happened. Francois rose from the piano, his chest expanded with what had to be a huge breath—and he turned to the audience and bowed.

Love You So Series 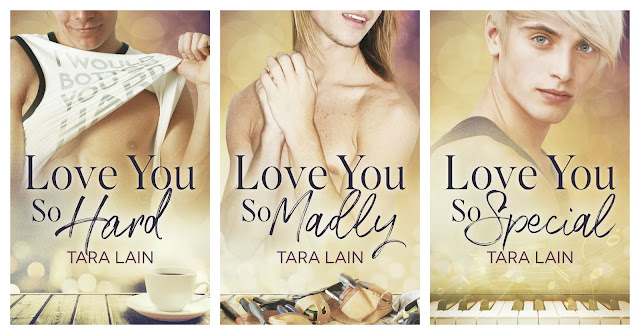 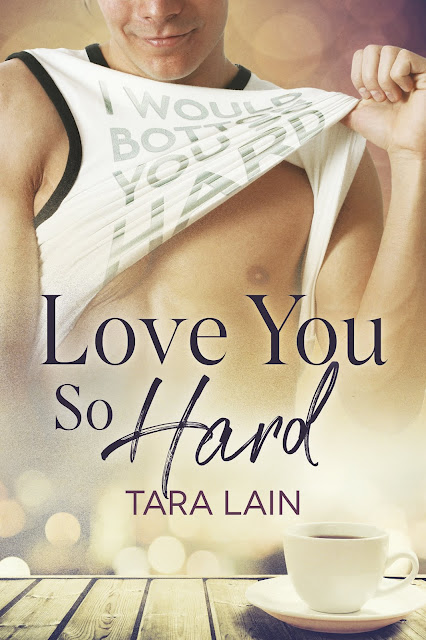 Bk 1
LOVE YOU SO HARD 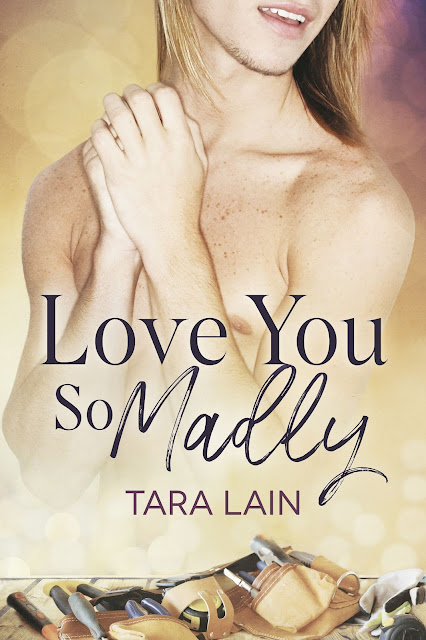 Bk 2
LOVE YOU SO MADLY