The Heights by Amy Aislin - Release Blitz with Excerpt and Giveaway 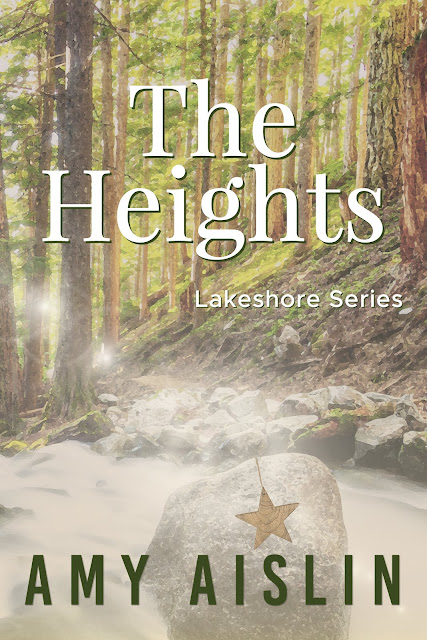 The Heights by Amy Aislin

Reader warnings: one of the main characters suffers from panic attacks

Twenty-one years ago, a four-year old child was kidnapped from his front yard. He was never found. Until now.

All Nat Walker wants is to make his late father’s dream of running a father/son woodworking shop come true. And he had the perfect building in mind—until the new guy in town came in and bought the place right out from under him. The fact that the new guy is adorable means nothing. For all Nat cares, he can take his new dance studio and waltz back to New York City.

Professional dancer Quinn Carroll couldn’t be happier that he made the move to the small town of Lakeshore, Oregon. Sure, it’s not New York, but now he’ll be living closer to his adoptive brother. And since his studio will be the only one in the area, he should get enough business to keep him busy. Besides, there’s something about this place that seems familiar...

He doesn’t expect to fall hard for the local, grumpy woodworker who won’t even smile at him.

Or find out that his entire life is a lie. 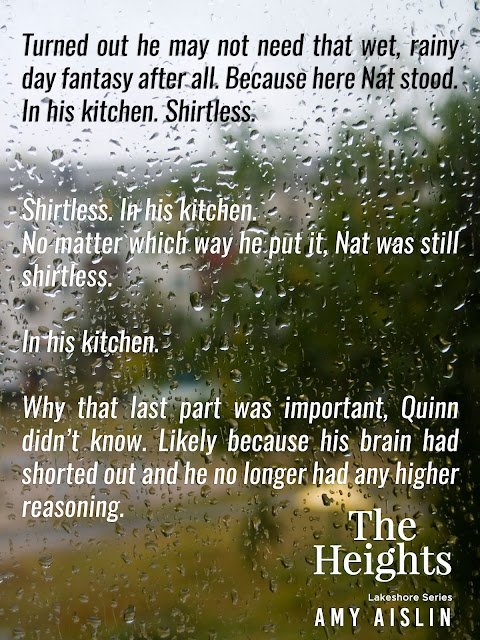 “Have you ever considered taking dance lessons?” he asked, head tilted, admiring the way Nat’s tapered torso led to long legs. “You’ve got the body for it.”
From his position on the floor, Nat grinned at him, eyes full of mirth. “Who says I don’t know how to dance?”
Wait. Back up. Guys who could dance turned Quinn on like nothing else. Everything in Quinn went silent as he tried to parse out what Nat wasn’t saying.
He squinted at Nat. “You’re lying. You don’t dance.”
“I don’t dance like you,” Nat confirmed. “But I took lessons until high school. I know enough to get by in a dance club.”
“Prove it.”
Nat snorted. “No.” He sat up and gathered their debris, putting away his groceries and rolling the used paper towel into a ball to throw away.
“I won’t believe you if you don’t show me.”
He stood and hooked the grocery bag over his shoulder. “That’s fine. Either you believe me or not. I don’t have anything to prove.”
Wow. Someone who didn’t rise to the bait when provoked. It was extremely mature. Coming from the world of competition like Quinn did, where everybody had something to prove, it was also oddly refreshing.
Quinn stood and held out a hand. Nerves made a home in his belly. “Dance with me because you want to?” Please. Please want to. “It’ll be fun.”
Coincidentally—or maybe fatefully—the song changed to 112’s “Dance With Me.”
Nat shook his head and blew out a breathy laugh, probably at the absurdity of it all. Because really, what were the chances?
“One dance,” Nat said, dropping his bag to the floor. Placing his palm in Quinn’s, he pulled Quinn into his arms. Quinn’s breath escaped him in a whoosh.
One dance was more than Quinn thought he’d ever get with Nat. He’d take it.
For a second, Quinn forgot who he was dancing with as his body found the rhythm of the music, hips rolling to the beat. The music flowed over him, transporting him somewhere else, the lyrics causing heat to flow through his veins until he forgot about everything else as the world fell away.
Nat bumped up against him, knees bent, bringing their groins together. It shocked Quinn into opening eyes he hadn’t realized he’d closed. Nat’s hand was at Quinn’s lower back, keeping him close. The grind of their hips made it impossible for Quinn to breathe and impossible for him to hide how hard he was. His skin was heating up, and he was already breathing hard.
Nat held nothing back. His hand strayed to Quinn’s ass. His breath was hot against the skin of Quinn’s neck. His other hand trailed down Quinn’s back, down his ass to squeeze Quinn’s thigh and bring Quinn’s leg up and around his hips.
Fuck yes.
Their hard cocks bumped. Quinn’s head fell back and he whimpered, the sound swallowed by the music. Nat’s eyes were hot on Quinn’s lips. Electricity shot through him everywhere their bodies connected.
Damn, Nat could move. It was sexy as sin. Dancing with him was like dancing with sex itself.
Quinn tightened his leg around Nat’s hips. Nat swallowed hard. Burying one hand in Nat’s thick hair, Quinn stood on his tippy toes and pressed them together, groin to chest. His other hand snaked up Nat’s T-shirt, and he pressed his palm against the sweaty skin of Nat’s back.
They danced like no one was watching. Like the rest of the world didn’t exist. Quinn needed to come so bad he briefly considered rubbing himself against Nat until he came all over himself. He was so hot, so turned on, he was in danger of exploding out of his skin.

Win a fantastic The Heights prize pack: signed paperback, one of a kind art print, and a set of wooden star ornaments.