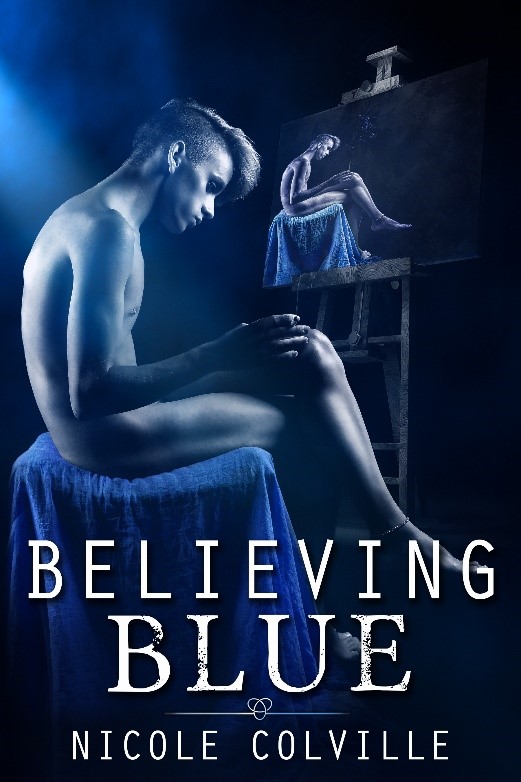 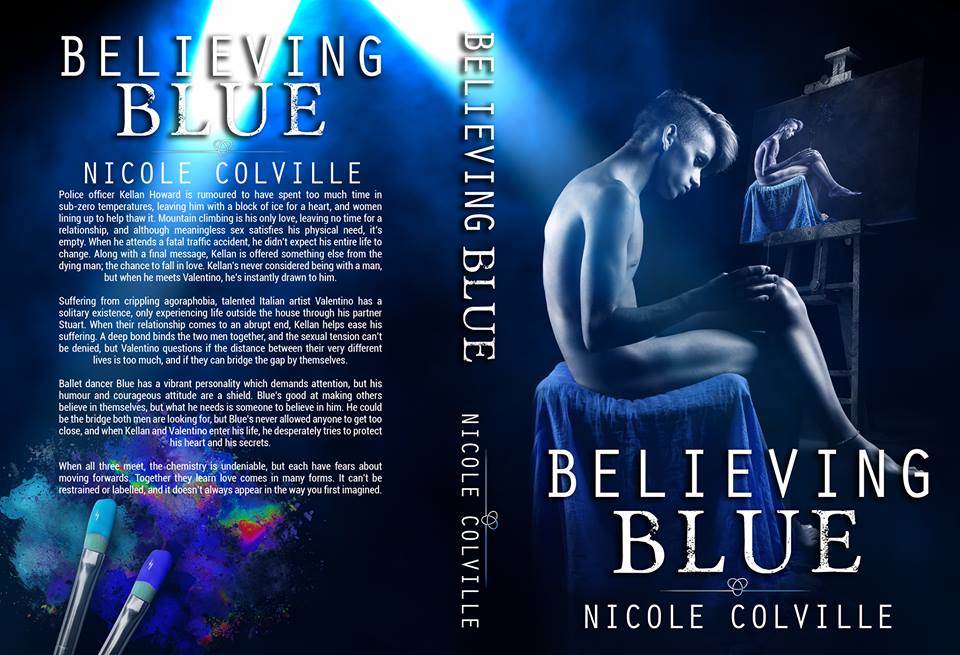 Is there a fated path we follow, or is it simply a series of coincidental events?
Police officer Kellan Howard is rumoured to have spent too much time in sub-zero temperatures, leaving him with a block of ice for a heart and women lining up to help thaw it. Mountain climbing is his only love, leaving no time for a relationship, and although meaningless sex satisfies his physical need, it’s empty. When he attends a fatal traffic accident, he didn’t expect his entire life to change. Along with a final message, Kellan is offered something else from the dying man: the chance to fall in love. Kellan’s never considered being with a man, but when he meets Valentino, he’s instantly drawn to him.

Suffering from crippling agoraphobia, talented Italian artist Valentino has a solitary existence, only experiencing life outside the house through his partner Stuart. When their relationship comes to an abrupt end, Kellan helps ease his suffering. A deep bond binds the two men together, and the sexual tension can’t be denied, but Valentino questions if the distance between their very different lives is too much, and if they can bridge the gap by themselves.

Ballet dancer Blue has a vibrant personality which demands attention, but his humour and courageous attitude are a shield. Blue’s good at making others believe in themselves, but what he needs is someone to believe in him. He could be the bridge both men are looking for, but Blue’s never allowed anyone to get too close, and when Kellan and Valentino enter his life, he desperately tries to protect his heart and his secrets.

When all three meet, the chemistry is undeniable, but each have fears about moving forwards. Together, they learn love comes in many forms. It can’t be restrained or labelled, and it doesn’t always appear in the way you first imagined. 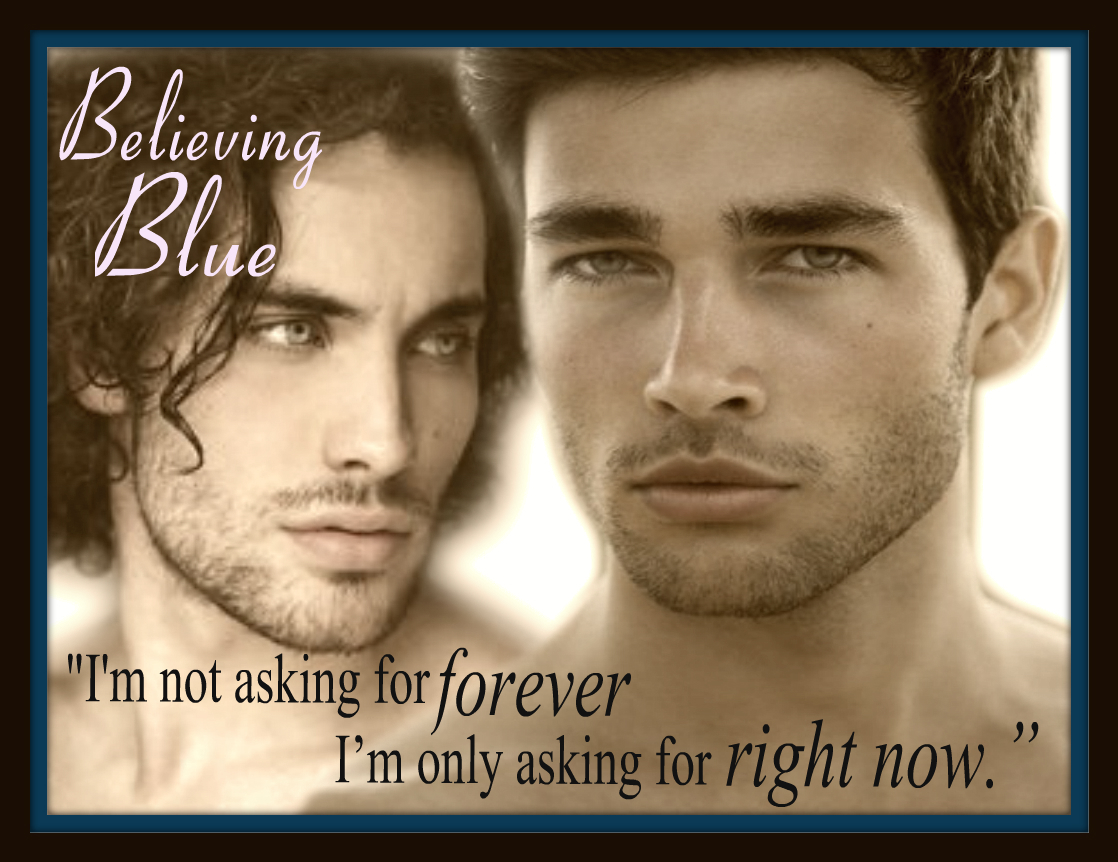 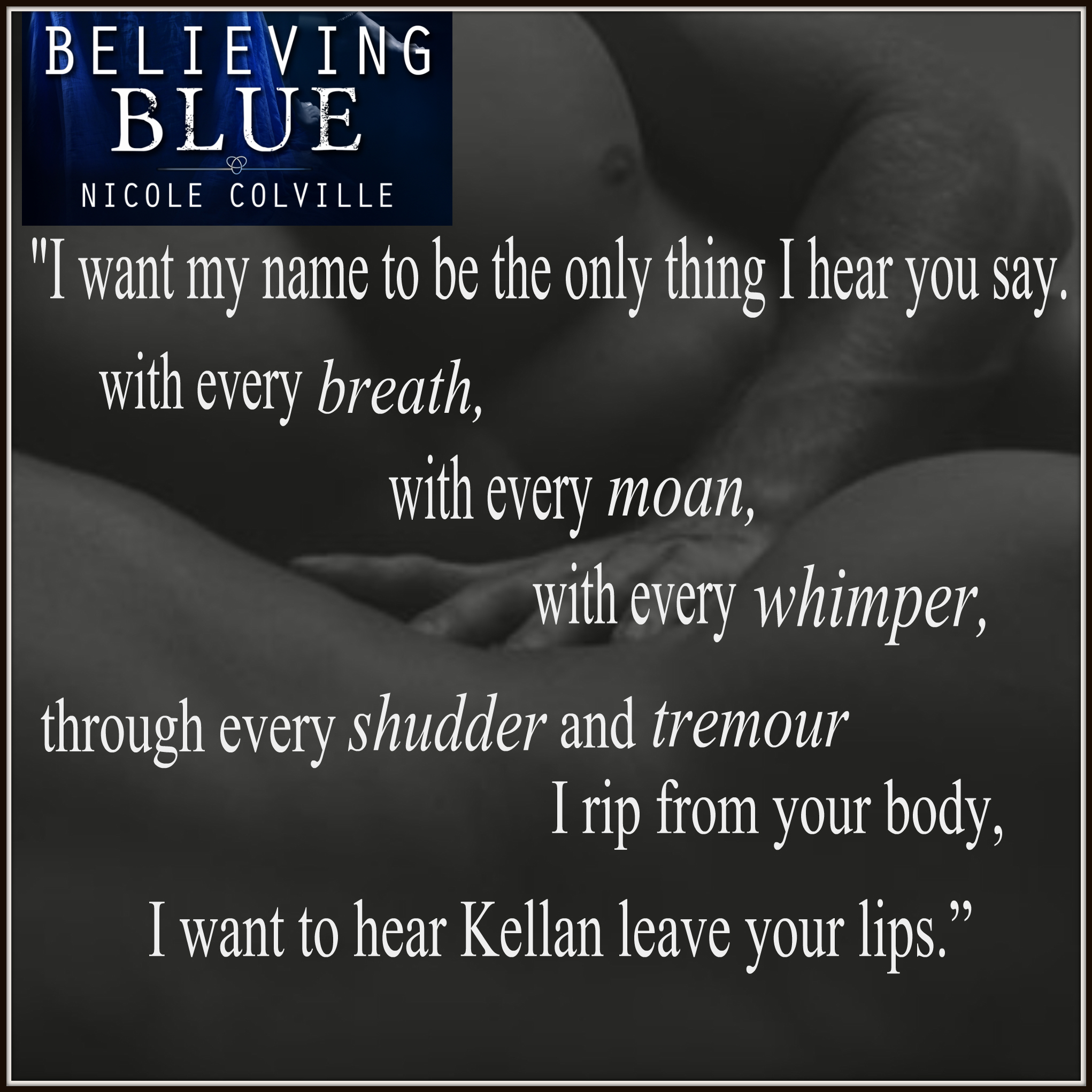 Kellan gritted his teeth together and stood up. “I won't leave you like this.”
“Get the hell out!!” Valentino gripped the base of his nose, rubbing it gruffly. His eyes snapped shut, but not quickly enough.
Kellan spotted the misty glimmer in them. Whether his tears were caused through sheer frustration or sadness, it didn’t matter. Kellan couldn’t leave. He’d have to be forced from the house by an armed response team. “No!” Kellan held his shoulders firmly. “I won't leave you.”
“God-damn it, Kellan.” Valentino’s eyes flew open, and Kellan’s hands were thrust from him with a jerk. “You're such a pain in the arse.” He leaned forward, almost hissing his words out against Kellan’s lips. “Why don’t you just leave me alone, huh? Why do you continue to push me when I don’t want it?”
Kellan’s body brushed against Valentino’s firm flesh, and he cursed himself for responding so quickly. “Don’t lie and say you don’t want me here when I know damn well what you want.” Kellan didn’t really know for sure, but there was a heat and need between them which couldn’t be ignored anymore. Valentino needed him, and Kellan was willing to hand over whatever he could to fulfil that need.
Valentino turned those teal green eyes on Kellan’s, a soft growl spilling from his lips. “You're a fucking tease! A tease, Kellan.”
Kellan was about to come back with a response, like how he had no idea he’d been teasing Valentino, but he was halted by two hands on either side of his head and Valentino’s mouth being forced against his. He stopped breathing, too stunned to act. Valentino had his face clasped tightly to his, those full lips hitting Kellan’s hard and fast, his tongue licking and seeking entrance inside.
A white hot shot of lust spiked through his body and every thought other than being against this writhing, sexy man disappeared. Kellan grabbed hold of Valentino’s hips, rushing him up against the wall and taking ownership of his mouth with a grunt.
Valentino bit down on his lip causing Kellan to pull back. As soon as they separated, Valentino had the upper hand and was spinning him around, holding him against the wall and spreading his thighs open with his knee, rubbing up against the hard length of Kellan’s cock. Despite knowing he could easily restrain Valentino and take control back, he didn’t want to. He wanted this from him. “You know what I want?” Valentino breathed out through their kisses. “You want to give me what I need, Kellan?”

Believing Blue is the third book in the Manchester Menage series and can be read mostly as a stand-alone book. The characters from the previous two books do make appearances but this book doesn't really move their stories forward.

I'm not quite sure how I feel about this book. While I loved all three characters, the way the story was written, at least for me, made it feel like two separate stories.

First, we had Kellan and Valentino and theirs was very much what I'd call a hurt/comfort story.  Kellan delivered possibly the worst possible news to Valentino but made a promise to Valentino's partner and he's determined to keep that promise as much as possible. Kellan's patience is almost boundless as he's there for Valentino as he's going through the grieving process. He never pushes him, is there to offer comfort when needed, and support when Tino is close to breaking. The flip side of that, though, is Valentino doesn't push himself because their relationship is very similar to his previous one. Kellan won't force Valentino out of his comfort zone and make him conquer his agoraphobia. This all leads to Valentino pushing Kellan away after he thinks he's Kellan's 'project'.

Then while Kellan and Tino are not together, Kellan meets Blue, who is the complete opposite of Valentino. He's outgoing, bold, and sassy, and knows what he wants out of life. Gradually he and Kellan grow closer and start a relationship. Now there is no cheating in this book.. Kellan and Valentino are NOT dating or in a relationship when he is with Blue. And then Valentino hires Blue as his new muse. Now neither man knows that the other is or has had a relationship with Kellan so this makes things quite interesting, especially after they realize there is chemistry between them.

The two relationship don't really intersect until about 70% into the story, and that last 30% felt like it rushed the relationship between the three of them. I would have liked to have seen the three of them in social situations or at least enjoying each other's company a lot more then rushing headlong into a relationship. Don't get me wrong I enjoyed both relationships separately with Kellan because his love for both men was different yet equally strong. It's when they three all meet that I felt that the relationship was just okay. I know a part of that stems from very little on page interaction with Blue and Valentino outside of Valentino's painting Blue. If there had been just a bit more interaction with them it would have completed that circle, for me anyway.

This is still a very good book, with a strong story, and well developed characters. It just needed a touch more for it to work as well as the previous books in the series did.

I highly encourage readers to take this one for a read though, as reviews are subjective and what doesn't work for one reader may work for others. 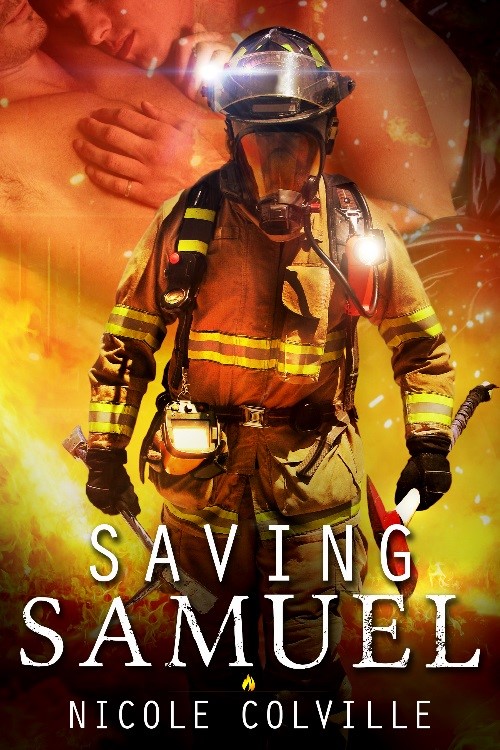 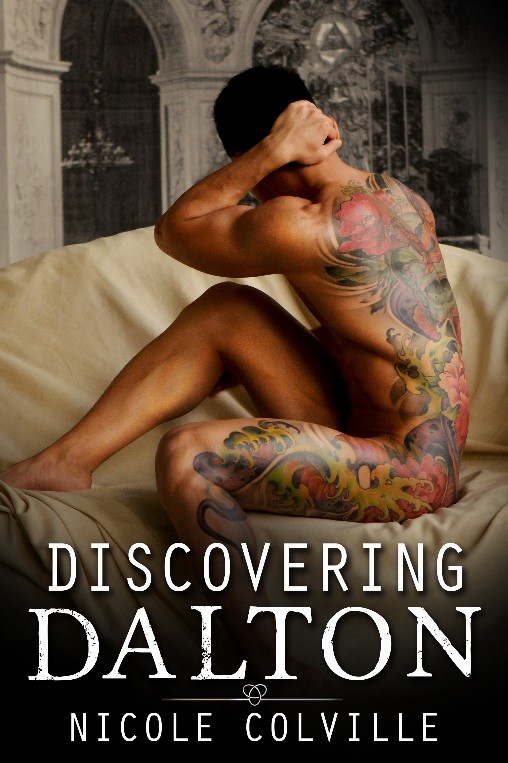 Nicole grew bored being a supermodel genius who worked part time for NASA, and decided to take a break from helping solve the mysteries of the universe with Stephen Hawkins to write m/m romance.

She has a loving relationship with her hubby of twenty years, and has achieved a lot in her short life considering she's only eighteen. She has fourteen dogs of all different breeds, plus twenty cats, and when she's not tending to their every need, and solving complex math problems, she loves to sew and can be often found knitting in the garden, which she maintains all by herself with her magical green fingers.

Finding time to make all of her own clothing and master the kitchen better than Gordon Ramsey, she's also a vegan domestic goddess and can often be found cooking up a storm bare foot in her kitchen.

Okay, so that's not true, especially the cooking part, though I do tend to be bare foot and I swear like Gordon does while burning my latest creation -- and I still think NASA will be getting in touch. Any day now!! *crosses fingers* I could sooo do that job because I'm so obviously awesome, but until they do...

I'm a full time author of M/M Romance and Erotica, and somehow I have several bestselling books under my belt. I've been writing for four years, and I self publish all my work under Hidden Pleasures Publishing along with my amazing team of helpers in the form my cover designer Kellie Dennis, editor Jessica McKenna, and all of my beta readers and PA's.

I'm a wife to my beloved hubby and mother to two young girls, and I do in fact have two cats who I adore, but no dog, as the hubby put his foot down. I live in Leeds in the North of England and I love it, despite the terrible weather.

My men are all seeking what everyone is, true love mixed with passion and their own happy-ever-after full of laughter and tears.