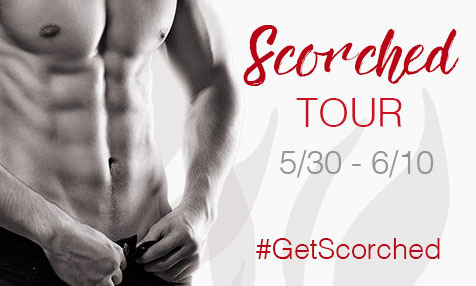 I like my work dirty and my sex even dirtier. It takes a hell of a lot to tilt my moral compass, and dancing as a private stripper for horny suburbanites doesn’t even register. Neither does hooking up with them afterward whenever the mood strikes—it’s one of the bennies of the job—but it’s always a one-and-done. I don’t do repeat performances. Ever.
Until I meet the one girl in all of Chicago not interested in dry humping my junk. She’s all I can think about, and that’s a problem, because I made sure she wants nothing to do with me. But I’ve seen her deepest secrets, her darkest fantasies, and they match mine to a fucking T.

Now I need to show her how good it can feel…to be shameless.

I’m indecisive when it comes to my shoes. Choosing a werewolf mate who’ll be with me until I croak? Pardon me while I take some time to think on it. But a steamy encounter before the final ceremony changes everything.

Reaper, the Omega’s eldest grandson, is fiercely loyal, scorching hot, and built for pleasure. He brings down my defenses, and before I know what’s happening, I succumb to the heat in his touch and the skill of his mouth. I’ve only just met him, but I need him like no other.

As part of my pack duties, I must parade in front of the Alpha, who has first choice of the pre-shifters. Rumors of his dark desires run deep, and I’ve always been intrigued. But the forbidden passion blazing between Reaper and me is too primal to deny. By pack law, Reaper can’t have me until the Alpha makes his choice…but Reaper’s never been one to follow the rules.

When he wins a sexy bet, billionaire Linc Blair can’t wait to get Lauren Neill naked. He’s never gone for her type in the past, and he’s pretty certain it has more to do with her buttoned-up hotness than the nagging sense that something is missing from his life. But when he gets a glimpse of the vulnerable woman beneath the conservative, yet oh-so-sexy clothes, it’s a game changer.

Lauren can’t believe she’s spending a few days with one of sexiest, and most annoying men she’s ever met. But she can’t deny the chemistry between them, and for once in her life she’s letting down her guard so she can explore a different side of herself. The side only Linc brings out in her.

Taking it slow, he unleashes her sexuality and it quickly occurs to him that what started out as a bet for him has become something more. With their weekend nearly over, and her ex showing interest in this new confident version of Lauren, Linc will have to risk it all if he wants to win the game of love.

Rion Ward fought hard to be free of the Irish mob life. Now, as the co-owner of Boston’s hottest aphrodisiac club, he’s traded crime for the ultimate sexual fantasy. But when the “good girl” from his past walks through Lick’s doors, he discovers that his unconsummated hunger for her never abated.

Widowed for two years from a man who felt that anything besides the missionary position was dirty, Harper Shaw is ready to move on. The first step to feeling alive again is sex. Hot, dirty, black-out-from-orgasm sex. And who better to provide it than the brooding, sexy, tatted bad boy-turned-man she’s known for years?

Rion, however, has one stipulation: He’ll be hers only for one night. One night to explore her every fantasy. One night to push her limits.  One night to introduce her to a passion that makes both doubt if it will be enough…