Rockin' The Alternative by Morticia Knight - Sales Blitz with Giveaway 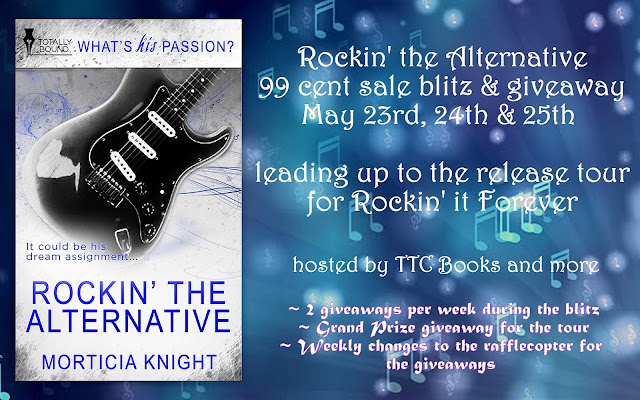 The chance of a lifetime and the touch of a rock god are offered to music journalist Bryan Gallagher on the same day. Embracing one is easy, but resisting the other is harder than he’d anticipated—especially since Bryan has never been with a man. 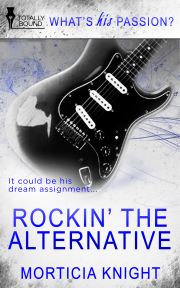 It could be his dream assignment. Aubrey King, the legendary god of alternative rock music, has requested to meet with journalist and writer Bryan about penning the star’s memoir. Aubrey and his dark, angsty songs are the reason Bryan was inspired to become a leading rock journalist. His obsession for his career has alienated the women in his life, but Bryan doesn’t care. What really matters to him is the music.


Aubrey King has been out of the music scene for almost ten years—ever since his alternative rock band, Falling in Stereo, broke up. Questions about his sexual preferences have always surrounded him, and now that he’s ready to make a solo comeback, he wants to tell his story, his way. He’s followed journalist Bryan Gallagher’s career for a while and believes that Bryan’s obvious passion for music mirrors his own. He loves his writing style, but is also enraptured by the boyishly handsome writer.

Brian finds pushing his fanboy nervousness aside is difficult when Aubrey finally stands before him. He’s amazed at how little Aubrey has changed—his intense gaze, his unique style and his still youthful looks epitomise the star he’s always been. But Aubrey’s vulnerability when he sings and shares the deeply personal lyrics of a new song triggers something in Bryan that he never knew was there. The need to give himself to Aubrey, to let the rock god do to him what he’s never before desired a man to do.

M/M Erotic Romance author Morticia Knight enjoys hot stories of men loving men forever after. They can be men in uniform, Doms and subs, rock stars or bikers - but they're all searching for the one (or two!) who was meant only for them.
When not indulging in her passion for books, she loves the outdoors, film and music. Once upon a time she was the singer in an indie rock band that toured the West Coast and charted on U.S. college radio. She is currently working on more installments of Sin City Uniforms and The Hampton Road Club, as well as the follow-up to Bryan and Aubrey's story from Rockin' the Alternative.

Bryan and Aubrey's story continues in Rockin' it Forever


Can the touch of a rock god last forever? 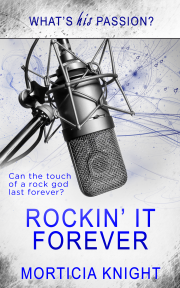 Music journalist Bryan Gallagher’s life has completely changed in an unexpected way. Not only has he snagged a dream assignment as the memoirist to alternative music’s rock superstar Aubrey King, but he’s also promised to give the beautiful and enigmatic musician a chance for them to forge a relationship. It’s all very overwhelming for Bryan since, up until he spent a sexually charged day and night with Aubrey, Bryan has never even dreamed of being with a man.
Aubrey is completely smitten with the boyishly handsome, young rock writer, Bryan. After their instant spark grows into something more, Aubrey is desperate to keep Bryan by his side for always. He’s promised Bryan that their love is for real, that Bryan isn’t simply one of his rock star conquests.
Their road isn’t an easy one, though. Despite their deepening bond and growing need for each other, other factors intrude. Neither Aubrey nor Bryan is ready to come out, and their relationship needs to remain a carefully guarded secret. In addition, Aubrey has to answer to the demands of his profession and Bryan has to traverse the shifting waters between his personal and business relationship with his famous lover.
Then a secret is revealed and everything in their joint world implodes. When a love is so strong that two men can barely take a breath without thinking of the other, will that be enough to bridge the loss of trust? The only way they can rock their love forever is if Aubrey can reach Bryan before it’s too late.
Pre-order now on Amazon

This is a tour wide giveaway beginning with the Sale Blitz, running until the end of the Rockin' It Forever Release/Review tour.

A little something different for this one, Knight will be doing 2 giveaways per week starting with the Sale Blitz, ending the week before the RR tour. That is 6 small giveaways, 2 per week over 3 weeks, and then there is the Grand Prize Rock & Roll gift basket that will be given out at the end of both tours.

Up first for the first week of giveaways for 2 lucky peeps is an exclusive coffee mug with Morticia's official Author logo on it! Who wouldn't want to drink their morning java with these two sexy studs?! 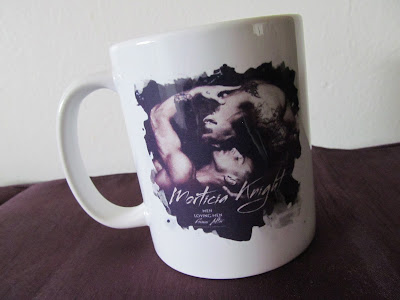 Also, the Twitter message will change weekly. The Rafflecopter is set up where you can share daily via Twitter, so that gets you 5 entry points daily, if you chose to share daily. And let's not forget the change your facebook image option. Again, it will change from the Rockin' the Alternative image to Rockin' it Forever as the tours change out.

{To see the weekly giveaways - 2 giveaways each week for this week, next week and the week after for a total of 6 small giveaways - visit Morticia Knight's site. There is a list of all the blogs participating in the blitz where you can visit and comment for additional entries into these giveaways, as well as a new post each week with that weeks giveaway items. You can also see the weekly giveaway images here at TTC Books and more. The winners will be chosen via rafflecopter}

Good luck everyone!
a Rafflecopter giveaway