Two things inspired me when I was writing my novella, Nate and the New Yorker. One was a box set of Sex and the City I was watching over the course of a year. Sometime in the middle of that, I decided to write my romantic tale.

On TV I relived an honest depiction of four girls and their relationships. I took note that Miranda always knew what was best for Carrie, even scolding her on how Aiden was her perfect match, and how she threw it away obsessing about Big. It was also clear Miranda was attracted to Steve, but until he grew up (in her eyes and the viewer’s) that relationship was never going to work. And as with all the relationships depicted in that series, truth underscored the various storylines, not fairy tale romance. After all, love is messy.

The second influence for my latest published work is my own relationship. I’m blessed to have spent half my life with the person I consider my soulmate. We celebrated twenty-five years together last November with a party for friends, which included a night of being roasted by our MC, speeches from our loved ones, and a lot of drunken moves on the dancefloor.

This far into our partnership we know there’s no use in arguing, as we both know we’re right. Yet in our early days we’d refuse to talk for days when we disagreed. Some thought we wouldn’t last. We now understand if you don’t speak your mind early in a relationship, you don’t start with honesty. And as time goes by, someone will fall silent. We’re lucky that we were stubborn enough to both start on the right foot.

One reviewer for Nate and the New Yorker mentioned it didn’t have a clichéd HEA, and went on to say how it is a tale of two guys still negotiating their relationship. The novella looks at how boundaries are tested and how the realisation that you’re now part of a team, comes into play.

As I watched four girlfriends sitting around discussing their love lives in the various cafes of New York, I decided I wanted the same level of sincerity in Nate’s friends, and with the characters that paint the world of Nate’s love interest, Cameron. After all, our best friends always voice their opinions out of love (Miranda knew Carrie was still thinking like a single woman when she dated Aiden). Plus I wanted to dig into what I know about relationships. I wanted to point out there’s no happy ever after unless you work on it.

I’m writing Nate’s Last Tango, where I’m enjoying adding depth to the supporting cast, strengthening the relationships already established in the first book. And centre stage, Nate and Cam are finding out what happens after the honeymoon period wears off.

So before the various drafts of the sequel are written, enjoy Nate and the New Yorker, a tale of a realist and a dreamer. It’s not a story of being swept away while dealing with a romantic conundrum where love will finally triumph. It’s a story of an American and an Australian wanting to be a couple, and learning what that means. 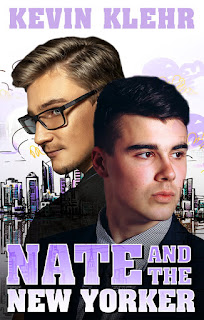 Nate And the New Yorker
Cameron has it all. He’s rich, lives in Manhattan, and even has a cross-dressing butler. But then he meets Nate, an Australian who’s bitter about love. Cameron is determined to turn this realist into a dreamer by sharing his world of classy restaurants, Broadway shows and fabulous parties. And while Nate’s friends see the makings of a fantasy romance, it’s Nate who has to learn that in order to open his heart, he has to face a painful secret. 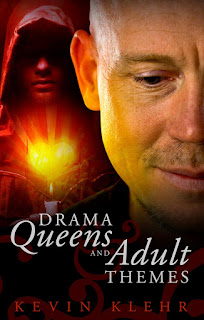 Adam’s about to discover how much drama a mid-life crisis can be. He’s obsessed with Mannix, the nude model in his art class. But Adam has been married to Wade for nearly two decades, and they don’t have an open relationship.

Little do they know that Fabien, a warlock from the Afterlife, has secretly cast a spell of lust on Adam and his potential toy-boy. 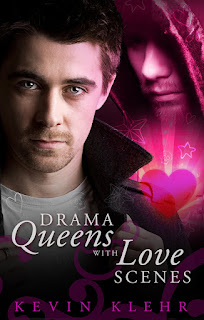 Drama Queens with Love Scenes
Close friends Allan and Warwick are dead. They’re not crazy about the idea so to help them deal with this dilemma are Samantha, a blond bombshell from the 1950s, and Guy, an insecure angel.
Allan also has a secret. He has a romantic crush on his friend, Warwick, but shortly after confiding in his new angel pal, his love interest falls for the cock-sure playwright, Pedro.
Not only does Allan have to win the heart of his companion, he also has to grapple with the faded memory of how he actually died.
Sales Links:
Wilde City Press: https://www.wildecity.com/books/gay-mainstream/drama-queens-with-love-scenes/#.Vzve5ZErKUk 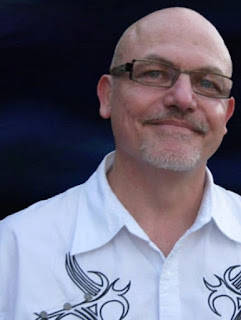 Kevin lives with his long-term partner in their humble apartment (affectionately named Sabrina), in Australia’s own ‘Emerald City,’ Sydney.
From an early age Kevin had a passion for writing, jotting down stories and plays until it came time to confront puberty. After dealing with pimple creams and facial hair, Kevin didn’t pick up a pen again until he was in his thirties. His handwritten manuscript was being committed to paper when his social circumstances changed, giving him no time to write. Concerned, his partner, Warren, snuck the notebook out to a friend who in turn came back and demanded Kevin finish his novel. It wasn’t long before Kevin’s active imagination was let loose again. The result was Drama Queens with Love Scenes, the first in a series of Afterlife tales.
Kevin is looking forward to thumping the keys on his laptop and churning out stories until it’s time for him to gain firsthand experience of the hereafter.
Posted by Wicked Faerie's Tales and Reviews at 5/18/2016 09:00:00 AM