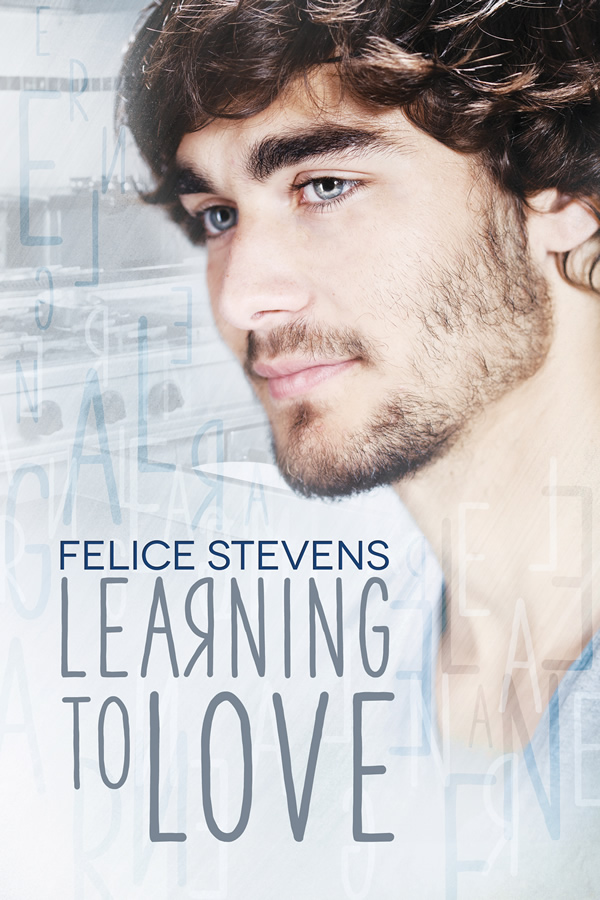 BLURB: After ten years away from home, bad boy caterer Gideon Marks has a lot to prove. Getting the holiday catering job at his childhood synagogue is the first step in demonstrating to everyone he didn’t turn out to be the failure they predicted. What he doesn’t count on is Rabbi Jonah Fine, his high school nemesis and secret crush, stirring up old feelings Gideon thought long gone and secrets he’s buried deep for years.

An unexpectedly passionate encounter shocks Gideon, but he pushes Jonah away, convinced he isn’t good enough to be in a relationship and would never be accepted by Jonah’s father. But Jonah hangs tough—he won’t allow Gideon to hide or run away from life again. And when it comes to love, Gideon learns the most important lessons aren’t always taught in school.

“You realize we always talk about me, but I know nothing about you and what you’ve done for the past ten years.” I stood at my kitchen counter and after debating a moment, grabbed the flour. Not that I wanted to show off, but having Jonah here to cook for was an unexpected treat, and I might as well make him some biscuits to go along with the omelet. “What happened when you went to law school? Why did you really leave?” I turned on the oven to preheat it for the biscuits.

I poured the flour into a bowl, mixed in baking soda, baking powder, and salt, then crumbled the shortening mixture with my fingers, all the while waiting to hear about Jonah’s life. He lay stretched out on my sofa, as supremely comfortable as a cat in a patch of sunlight, and with a pang I wished this could be any normal Saturday for us—me making breakfast in the kitchen while chatting with Jonah.

He turned over on his stomach as I finished the dough and floured the marble slab I’d splurged on. I’d done this for so many years it was all second nature now and I could concentrate on Jonah.

“Like I said before, I hated it. I’m not a competitive person by nature; I never needed to be the best or number one.” He laid his cheek on his hands and stared off into space. “But I’d been dating someone, and we started getting into silly arguments about summer jobs and where we’d like to apply.”

I’d never imagined myself the jealous type, and realistically I understood Jonah was no virgin, but if the painful twist in my stomach at the thought of anyone else touching or kissing Jonah was any indication, I was in deep shit.

“Oh?” My voice remained neutral, but I was busy kneading the life out of the poor dough. Since it had never done anything personally to me, I willed myself to calm the hell down and set about rolling it out for the biscuits. “Were you two that serious?”

“Ben and I? Not really. He thought so and wanted more, but I made it clear from the beginning I wasn’t going to fall in love with him. I cared for him deeply and felt badly I couldn’t give him what he wanted.”

“What was that?” I jammed the biscuit cutter into the dough with sharp angry jabs.

My hand stilled on the biscuit cutter, and I looked over at him. He met my gaze unflinchingly, and I could feel the heat rise in my face.

Jonah stood and joined me in the kitchen, hemming me in against the counter. I admit to not putting up too much resistance, but it still took me by surprise.

“I was keeping it for when I met you again.” He cupped my cheek in his hand. “No matter what I would’ve ended up doing with my life, Gideon, finding you was always part of my plan.”

What could I say to that? Jonah’s words rolled around in my head like brilliantly colored marbles, setting off a kaleidoscope of emotions that scared the hell out of me.

I sidestepped out of his embrace, muttering, “I have to get these biscuits in the oven,” and grabbed the cookie sheet. My back was to Jonah, shielding my badly shaking hands gripping the pan. I placed the biscuit dough on the sheet and slid it into the oven. The familiarity of being in my kitchen and cooking balanced me, and I was grateful that Jonah, most likely having sensed my unease, had returned to the living room and his place on the sofa. Once he left the kitchen I found it easier to breathe.

I’m going to be perfectly honest and confess to you all that I’m a reality show junkie. I love the Real Housewives of OC, Beverly Hills, NYC and Atlanta (Miami and Potomic not so much). I’ve watched Teen Mom with my daughter, Project Runway, Top Chef, Master Chef…you get the idea.

I can’t help it. I have a high stress job, one where I decide the fate of people’s jobs.  When I get home, I want nothing more than to strip off my work clothes, pour a glass of wine and put on some mindless television.  No I don’t watch Game of Thrones, or Sherlock or other popular shows, but I don’t want a show I really have to concentrate on, if that makes sense. I want nonsense, trashy meaningless entertainment. People laugh at me, like they laugh when I say I like Britney or pop music when I drive but I don’t care anymore.

I think we reach a certain point in our lives when we stop caring what people think and decide to own what we like to watch on television or read for that matter. Romance novels, as we know, gross over 1 billion dollars, and yet still get no respect. No matter how we pound our chests and show the world how successful we can be, we can’t break that glass ceiling where those who write “literary” works look down their noses and sniff. “Romance.”

In Learning to Love, Gideon feels he doesn’t deserve respect because of his dyslexia. And he is more than ashamed, not only for Jonah to discover it, but Jonah’s father, who he’s both feared and respected since childhood. It takes persuasion and lots of love before Gideon can trust not only in Jonah, but in himself that he is worthy and deserving of respect.

I have always been a romantic at heart. I believe that while life is tough, there is always a happy ending around the corner, My character have to work for it, however. Like life in NYC, nothing comes easy and that includes love.

For regular updates on upcoming books by Felice Stevens, sign up to her Newsletter

Check out other posts on –

:: Loving Without Limits :: TTC Books and More :: Fangirl Moments and My Two Cents ::