Passion and Penance by Lana Cordova - Book Blast with Giveaway 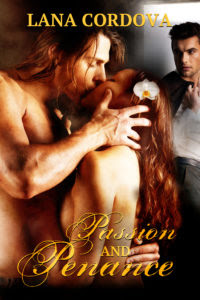 Emily Jordan’s life as an English major is about to take an unexpected erogenous turn. In a critical financial pinch, she takes a year off from the university to work as a domestic for the billionaire Blackwood brothers in their lavish Kenilworth estate. She hopes to earn enough money to finish her master’s degree.

She barely arrives when she meets the twin Blackwood brothers who are both instantly attracted to her. Joel relishes in Emily’s every breath. Jackson is the tortured soul for whom passion and penance are synonymous. Joel is a tantric mystic who wants nothing more than to achieve nirvana. Jackson is the dominant brother who shoulders all responsibility for the family’s international industrial contracting and engineering firm. With Joel and Jackson, Emily explores two very different worlds of sensuality under the watchful eye of the abusive head housekeeper who condemns Emily’s every move.

Both brothers have their charms, and Emily finds them attractive, each in his own way. Will she choose passion or penance?


I looked questioningly at Jackson. 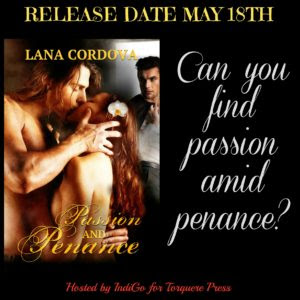 Rafflecopter Prize: One winner will be selected to win an eBook copy of Passion and Penance.