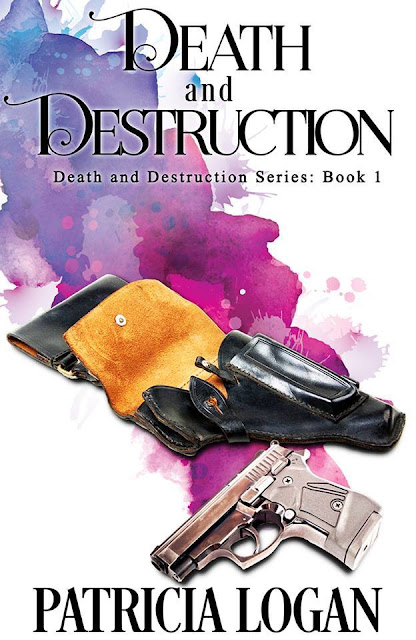 Forced to go into witness protection, ATF agent, Thayne Wolfe, is less than thrilled. The State’s Attorney needs him to testify against one of the most ruthless and notorious arms dealers in the world. Expecting boredom and lots of daytime television, he instead ends up with a ridiculous new job, a stupid new name, and the world’s most annoying shadow. Jarrett Evans, is nevertheless tasked with keeping Wolfe alive long enough to put Mills Lang and his crew away for the rest of their miserable lives.

Jarrett Evans, former Marine, has always been a free spirit, doing the dirty work for Uncle Sam whenever and wherever he’s needed. One of the best snipers in the world, Evans is at peace with the man he’s become. That doesn’t mean he’s ever liked the cold-blooded killer who stares back at him from the mirror every day. The moment he meets pretty boy, Thayne Wolfe however, things start a slow change and redemption begins to sound possible.

Mills Lang, the world’s most ruthless arms dealer, is little more than a serial killer in his own right. Rotting away in prison with nothing but time on his hands, Lang is determined to destroy the man he allowed into his inner circle. Thayne Wolfe will die in the most painful way… along with anyone he loves.

Can you tell us a little bit about your background? Well, writing is actually my fourth career. I spent 9 years in retail, moving on to mortgage broker for about 18 years and in between, I was an AIDS hospice nurse for 2 years.

What was your first book and how long did it take to get it published? “Leather Nights” was my first M/M book. It took a year before it was accepted and then 5 months to have it released. The editing was grueling because I had no idea how to write in a character’s POV. Now, that comes second nature to me.

When did you start writing m/m romance? I was reading it almost exclusively and connected with certain authors works immediately. I knew it was what I wanted to do, once I lost my job in 2007. I started writing M/F but then, decided I really wanted to try my hand at writing it. Once I did, I never looked back. I’ve never published my M/F books. I just didn’t think I ever did the genre justice the way I feel about M/M

What about this genre interested you the most? The conflicts that the men have to go through in their personal and public lives. So much controversy and adversity, but it makes for such good story lines.

How long did it take you to get published? A year and a few months from the time I submitted the manuscript. A lot of that was because my publisher was going through some internal growing pains and deciding what lines they were going to drop. Thankfully, I was picked up by them because everyone else looked at my POV and how poorly it was written (because I had no idea what I was doing) and they rejected me. My first publisher gave me a great editor who taught me a lot and was very patient with me. I am so grateful to them.

How many books have you written thus far? I have 42 published and two more written, ready to be published in the next couple of months.

Do you write full time? I do now, yes. I have picked up a decent enough fan/reader base by now, that I feel I owe it to put out as much work as I possibly can.

Looking back was there something in particular that helped you to decide to become a writer? I think I became an author because I wanted to challenge myself. The economy was so horrible, and my mortgage career was at a standstill and I had a lot of time on my hands. I read about 70 novels in about three months and said what the heck? I can write one of these. So, I did.

Did you choose it or did the profession choose you? I chose it.

On a typical writing day, how would you spend your time? Up early, two or three cups of coffee while I check emails and FB and then I begin writing. I write to meet word count goals for a particular day. Sometimes I can only get 1,500 words on paper, but I average 3,000 and have had the occasional 10,000 word count day. I write early in the morning until my youngest daughter finishes school. After that, it is too busy in my house to do anything.

Do you write right through or do you revise as you go along? I try to write through but if I have to skip back, to fact-check a previous scene, I usually end up correcting mistakes.

When it comes to plotting, do you write freely or plan everything in advance? I write from a long and detailed outline. I am OCD in a big way. My outlines alone are over three-thousand words. I need to know where I’m going. Primarily, I do outlines because I write mysteries and thrillers. I need to know who the bad guys are, where to put the action scenes, and where the hook (twist) in the book is going to be. Otherwise, the plot doesn’t flow right.

What kind of research do you do before and during a new book? Usually, I do my research as I get to a scene. Some books require a lot. The Death and Destruction series is about two men in the ATF (Alcohol, Tobacco, and Firearms) and I did a lot of research about the agency itself to get certain details accurate. I never write inaccurate details or if I do (there’s actually a scene in book 2 of the series with a bank complex in Los Angeles, that isn’t actually there), I try to put that in the acknowledgements in the beginning. Everything I state as facts in the book, has been thoroughly researched.

How much of yourself and the people you know manifest into your characters? A heck of a lot. One of the characters in my first book “Leather Nights” is the gay male version of me. What happened to him in his life, happened to me in real life with the downturn of the economy. In other books, I see myself in a lot of my characters… my sense of humor, my humanity, my fierce love of family, my protective love of those I love, etc.

How do you approach development of your characters? I know all of my characters inside and out. I even flesh out secondary characters as much as I can to make my readers care about them.

Where do you draw the line? I don’t flesh out the bad guys by going deep into their backgrounds. I have hateful bad guys such as bigots, pedophiles and serial killers. Who wants to know anything about them except that they are evil and horrible?

How long does it take for you to complete a book you would allow someone to read? I’ve written a full length novel in less than a month but it has taken others three months. It depends on my outside commitments or whether I’m having writer’s block. Death and Destruction is my 2nd longest book at over 100,000 words and it only took a month from start to finish. This is because I LOVE this series, I LOVE these characters. They really spoke to me. All of my favorite books have been the same. Death and Destruction, Silver Ties, The Thief… all of them took a short time because I couldn’t type fast enough to get the story on paper. My fingers couldn’t keep up with my brain.

Writers often go on about writer’s block. Do you ever suffer from it, and what measures do you take to get past it? Yes I’ve had it. I try to sit down and write through it, even if it’s only a hundred words a day. Sometimes I pull out one of my older works and read it to realize that I really have published books and I’m a fairly good writer. That generally powers me through it.

When someone reads one of your books for the first time, what do you hope they gain, feel or experience? What I meant them to take away from it, perhaps the feeling of hope, happiness, overcoming and obstacle and true love. Sometimes, maybe because I love mysteries, I want them to take a rollercoaster ride with me.

Can you share three things you’ve learned about the business of writing since your first publication? Okay. 1) Be persistent. Never give up on yourself. 2) Be patient with yourself. Your writing will improve with each book so don’t let bad reviews get to you. 3) Try to have a fresh story in your head all the time. It keeps your work fresh.

How would you describe your sense of humor? Outrageous. I love to laugh more than anything. Who and what makes you laugh? Some of my favorite comedians are fellow authors on Face Book. My friend Kage Alan slays me. George Carlin, Rodney Dangerfield and Adam Sandler are among my favorites. Mel Brooks is a hero of mine. His stuff is to die for.

What are you working on now? Lol. I am starting book 2 of the Death and Destruction series. It’s called Flash and Bang. This series uses the same characters throughout the whole series and I believe it will be a very long series. I’m looking at 10 books at this point but that may grow or shrink.

What was the best piece of advice you've received with respect to the art of writing? Never give up. Keep at it. You’ll get published eventually. How did you implement it into your work? I’m still writing J

When it comes to promotion, what lengths have you gone to in order to increase reader-awareness of your work? I’ve been invited to a book signing by a good author friend and walked in San Francisco’s pride parade handing out goodies with my branding on them. I have a blog and regularly post on Face Book. I do blog tours and I use Twitter (though, I should use that more)

Writing is obviously not just how you make your living, but your life-style as well. What do you do to keep the creative "spark" alive - both in your work and out of it? I read a lot of other M/M author’s work. If I really need inspiration for an upcoming love scene, I may put on a gay flick (the adult kind)

What kind of books do you like to read? I read only M/M now.

If you weren’t a writer what would you be? Perhaps a painter. I’m a decent artist.

Where did you get the idea for the stories you write? I watch a lot of detective series on TV and lots of spy movies. LOL. Sometimes it just comes to me out of the blue.

When it comes to the covers of your books, what do you like or dislike about them? Some are absolutely gorgeous. Others, I will be changing. I have a couple of amazing cover artists that I work with.

Aside from writing, what else do you enjoy doing? Spending time with my young daughter and grandchildren. I also love to cook and take care of my kittens.

New writers are always trying to glean advice from those with more experience. What suggestions do you have for new writers? Don’t give up. Keep at it. Be persistent.

Thank you for having me today J