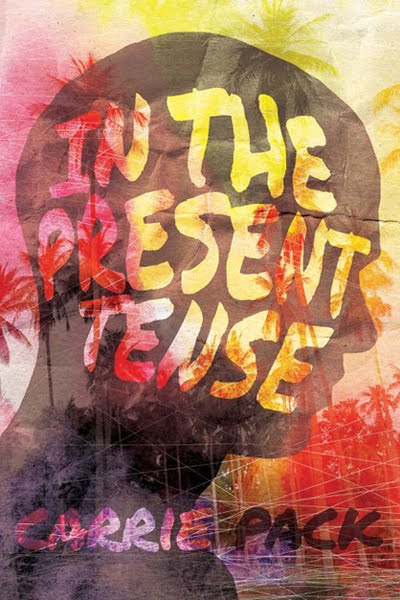 Miles Lawson goes to sleep dreaming of a future with his boyfriend Adam, but wakes to find he is married to Ana, an acquaintance from high school. When he learns he has been time traveling, Miles is consumed with finding a cure for his rare condition—and finding his first love. But will he be able to convince Adam he is telling the truth before it’s too late?

Miles sat there and tried to make out shapes and colors in the dark room as he searched his brain for a memory of anything.
Nothing looked familiar. His desk, his drum set, the sheets—all gone. Not one thing looked the way it had when he'd fallen asleep, and Ana certainly hadn't been in his bed.
He tried to replay the previous day's events, but everything seemed fuzzy, like a fogged bathroom mirror that he couldn't wipe clean.
Why was everything so fuzzy?
Last night... What happened last night?
Adam had come over and they were watching TV together, and Adam had given him a small stuffed giraffe because Miles was scared about having surgery. He reached for his left arm, expecting to find the cast that had been there for the last two months, but it wasn't there. His heart began to beat so loudly he glanced over at Ana to make sure she was still asleep.
Unable to determine what had happened to his cast, Miles resumed his tally of the previous evening's chain of events. At around ten-thirty, his mom said Adam had to leave because they had to get up early to go to the hospital. He had taken his pain meds and gone to sleep with the phantom of Adam's goodnight kiss on his cheek. He'd been happy.
He'd gotten a text from Ana earlier in the evening, but she was only wishing him luck with the surgery. She hadn't come over. In fact, as far as Miles knew, Ana had been several hours away in her dorm room.
So how had she gotten into his bedroom? And who had changed his sheets?
He threw off the covers and stood up, noticing he was only wearing a tight-fitting pair of boxer briefs instead of his usual basketball shorts.
He looked around the room for anything familiar, but it was still dark out, and all he could see were shadows and vague shapes. On the dresser opposite the bed, he found a few framed photos. Squinting to see without turning on a light, Miles studied the images carefully.
As his eyes focused, he recognized a couple of the photos. One was from last year's prom: Adam wearing that ridiculous corsage Miles had bought him, Ana being dipped by her date, David, as all four of them smiled widely in front of a cheesy faux tropical scene. One of the frames held a collage of photos of his and Ana's friends. He recognized Adam, Lucky, Antonio, Dahlia and Brienne. But the last one, the largest of all the photos, was of him and Ana—her in a flowing white dress and him in a black suit, both wearing broad smiles and flanked by Miles's parents and a woman Miles had only seen once: Julia Espinosa, Ana's mother.
A loud clatter echoed through the bedroom as the frame hit the edge of the dresser and fell to the hardwood floor. This wasn't his room, and he didn't remember that photo being taken.
"Go back to sleep," Ana mumbled, her voice muffled by the pillow.
"Ana," he whispered, risking her full anger, but unable to stop himself, "we're married."
"Thanks for the update. Now go back to sleep before I divorce your dumb ass."
He dropped to the floor on his knees, barely even noticing the sharp pain of bare skin hitting the hard surface.
Married. To Ana?
What the hell had happened?

Today I’m very lucky to be interviewing Carrie Pack author of In the Present Tense.
Hi Carrie, thank you for agreeing to this interview. Tell us a little about yourself, your background, and your current book.

Hi. I’m happy to be here. In the Present Tense is my second novel and it features a sci-fi trope that I have adored as long as I can remember: time travel. It is the story of a young man named Miles whose dissociative disorder manifests itself as time travel. Over the course of the story, Miles struggles to fix his past by changing his future and along the way, realizes there is much more to his condition than he originally thought.

1)  Where do you find your inspiration?
This might sound cliché, but I find inspiration everywhere. Life is my inspiration. Little bits and pieces of myself, friends and family, former jobs, former lovers, enemies, failures, successes—they all have a way of finding themselves into my writing. For In the Present Tense, one character has a quirk of having absolutely no social media presence and it’s totally based on my husband. It’s such an endearing and random trait that it just sort of happened and it wasn’t until later that I realized where the inspiration had come from.

2) When did you first consider yourself a writer?
Some days I still don’t consider myself a Writer (emphasis on the capital W). I write. I have written. I will write. I suppose in the technical sense that does make me a writer, but I will always be striving to be better, to write more. That moment—the one where I consider myself a Writer, where it’s the first thing I call myself when people ask me what I do—it’s a moving target. Some days I feel more writery, and then other days I use words like “writery” and wonder why people let me near a keyboard at all.  I’m always working toward this amorphous thing I have envisioned in my head as what a Writer should be. Until then, lowly lowercase writer it is. But I think that’s the beauty of writing. It’s a lifelong process and you can always do more.

3) Do your characters become like real people to you?
Yes, definitely, but only while I’m writing. I can hear their voices very plainly in my head while I’m working on the book, but afterward, I can put them back on the shelf and they become characters in a book to me. I love that moment, though. It’s when I feel most like a writer because I created something that, for one moment in time, felt very, very real.

4) If you weren’t a writer, what else would you like to have done?
This is easy because I’m lucky enough to be doing it. I am a part-time instructor at a local college, where I teach media and advertising classes. It is the most challenging and yet most rewarding job I’ve ever done and I don’t think I’ll ever give it up.

5) What do you want your tombstone to say?
She lived life on her terms and did some good in the world.

Carrie Pack is the author of Designs On You and a part-time college professor who recently left her job in marketing to actively pursue her writing career. Carrie lives in Florida, which she fondly calls America’s Wang, with her husband and four cats. 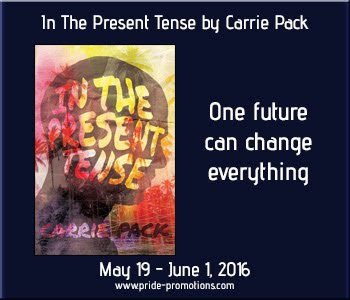 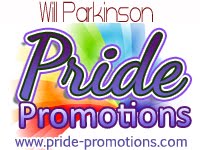